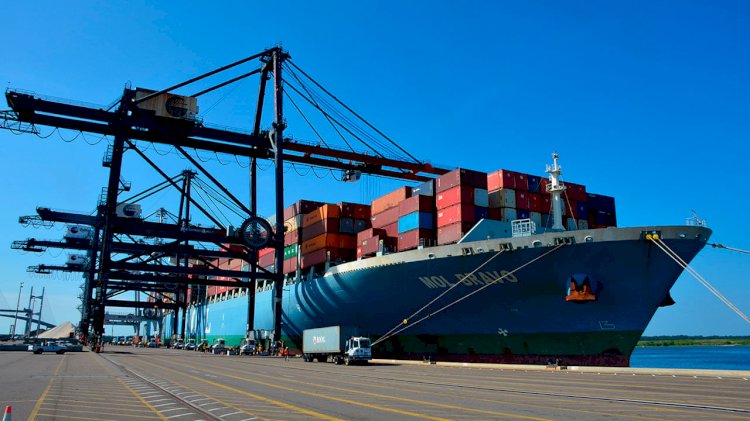 The Jacksonville Port Authority (JAXPORT) has achieved a record number of container and auto moves during the first three quarters of fiscal year 2019.

During this time, JAXPORT moved nearly one million containers, a six percent increase over the same period last year. The port also moved nearly 535,000 auto units in this period, an increase of seven percent over the same time in FY18. JAXPORT’s fiscal year runs Oct. 1 – Sept. 30.

JAXPORT’s Asian container volumes continue to grow, up eight percent so far in FY19, with more than 334,000 Asian containers moved. JAXPORT offers service to Asia through both the Panama and Suez canals, with competitive transit times to China, Japan, South Korea, Vietnam, Thailand and other destinations.

Demand for JAXPORT’s strategic location and fast access to 70 million U.S. consumers is driving expansion in the container and auto sectors. Port tenant SSA Atlantic is set to break ground on a $238.7 million state-of-the-art container terminal at the port’s Blount Island Marine Terminal and the federal project to deepen the Jacksonville shipping channel to 47 feet is ahead of schedule, with anticipated completion in 2023, based on continued funding from all partners.

The port also recently reached a long-term agreement with automobile processor AMPORTS to expand the company’s leasehold at JAXPORT to a total of 170 acres. AMPORTS leases property at the port’s Blount Island and Dames Point marine terminals, with plans to develop an additional approximately 45 acres at Dames Point by 2023.

JAXPORT is Florida’s No. 1 container port by volume and one of the nation’s top vehicle handling ports. The port offers access to 140 ports in more than 70 countries with service from 100 trucking firms and 40 daily train departures.