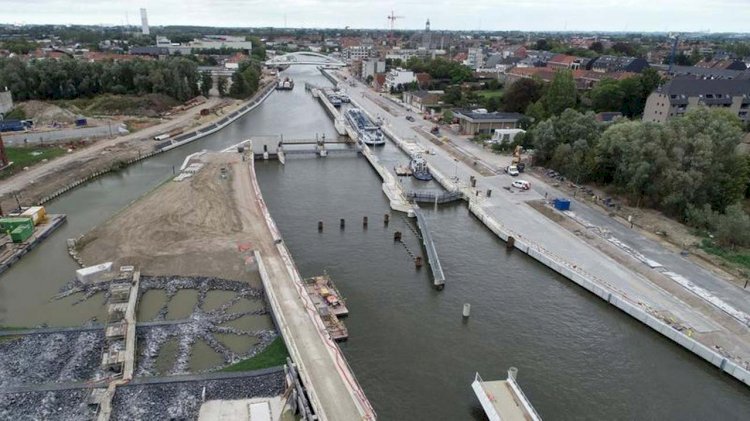 Last weekend, 2020 had a festive start with the official inauguration of the maritime infrastructure works on and around the weir lock complex along the Lys in Harelbeke, Belgium.

The Joint Venture ‘Leieland’, a partnership between contractors Jan De Nul nv, Herbosch Kiere nv, Engie Fabricom nv and Aelterman bvba, was responsible for the design and execution of the works.

In the past five years, the Joint Venture ‘Leieland’ worked by order of ‘De Vlaamse Waterweg’ (the Flemish Waterway Authority) on the renovation and modernisation of the weir lock, waterway and environment alongside the river Lys in Harelbeke.

Jan De Nul nv and Herbosch-Kiere nv were jointly responsible for the civil engineering works, as well as for the general coordination of the project and all parties involved. Engie Fabricom was responsible for the electromechanical works, Aelterman bvba for the steel construction works. This close cooperation led to an optimal design and high-quality execution, both on a nautical, hydraulic, technical and aesthetic level.

The infrastructure works took place in the town centre of Harelbeke. Another impediment was that during the works the Lys could not be blocked for shipping. All this had a direct impact on the execution methods and project planning.

The Joint Venture ‘Leieland’ decided to install a temporary lock so that shipping would not be affected by the works. A temporary weir made sure there was no flooding during the works.

The new lock and weir were to be built at the same location as the old one to ensure the best possible nautical and hydraulic design. In other words, the construction could but start after the installation of the temporary infrastructure and the demolition of the old infrastructure.

Next to the new weir lock complex, the Joint Venture ‘Leieland’ built a pumping station with two turbines. Upon a water surplus, the turbines will generate energy. In dry periods and when there is a shortage of water, on the other, the pumping station can pump water to the upstream water level. The expected energy production is higher than the energy consumed by the weir lock complex so that the latter can be considered as being energy-neutral. 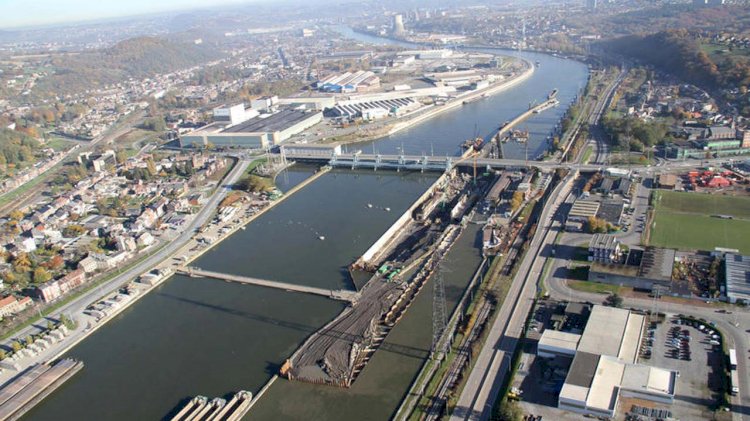 Wärtsilä and Q Power to support development of renewable...