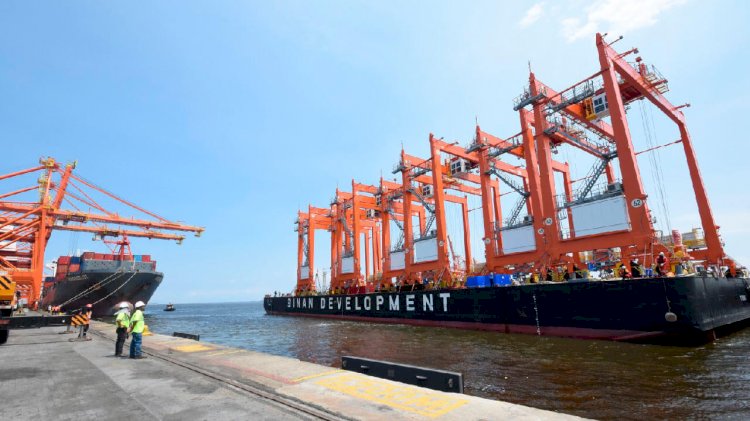 Manufactured by Shanghai Zhenhua Heavy Industry Co. Ltd. (ZPMC), the QC is part of the five from ICTSI’s 2018 USD80-million capacity improvement program package. With a reach of up to 16 rows across twin, the new QC can service the largest feeder vessels calling the Philippines. It will be deployed at Berth 3.

Complementing quayside improvements, the eight RTGs are also part of the 2018 16-unit order from Mitsui Engineering & Shipbuilding Co. Ltd. Faster and more-fuel efficient than standard diesel RTGs, these RTGs are the most eco-efficient landside port equipment in the country today. They are also part of ICTSI’s Group-wide commitment towards ensuring carbon-neutral operations part of which includes expanding the use of next generation energy-efficient cargo handling equipment and vehicle fleets.

To further lessen its footprint at its flagship while addressing productivity demands, ICTSI recently made a fresh order of 16 new hybrid RTGs again from Mitsui. This forms part of ICTSI’s USD380million group-wide capital expenditure.  Scheduled for delivery in early 2020, terminal emissions and fuel consumption per move are expected to be reduced by up to 40 and 60 percent, respectively, while increasing the MICT’s RTG fleet to 74.

“The new quay cranes and rubber tired gantries, along with other improvements, will push a notch higher our terminal’s already efficient turnaround times – quayside and landside. This should redound to economic benefits for the Philippine supply chain.  At the same time, we are proud that of the push that we are undertaking to attain carbon neutrality at our flagship,” said Christian R. Gonzalez, ICTSI Global Corporate Head.

“On top of what has already been done, a number of initiatives are currently in place or are being put in place across the ICTSI Group to improve productivity and reduce port emissions.  These include gate automation and gate system upgrades to reduce queuing times, fleet changes to introduce faster and more fuel-efficient equipment, and utilizing machine learning and analytics to improve and automate yard strategy to reduce truck stay times. Taken altogether, these are expected to have an even greater material impact on indirect emissions from ICTSI port operations, seen to reduce cycle times of more than 20 minutes per truck visit.”

With the largest port equipment in the country, existing or planned, the MICT remains to be the only Philippine terminal capable of servicing the largest boxships plying Asian routes.

To further ramp up capacity in support of growing Philippine trade, ICTSI has begun construction of Berths 7 and 8, and back-up areas for the future Berths 9 and 10. ICTSI has several other projects in the pipeline supporting MICT’s ever-increasing role as the country’s leading international gateway, including inter-terminal transfers at NorthPort for greater inter-island connectivity, and increased barge berthing services between the MICT and Cavite Gateway Terminal in Tanza. 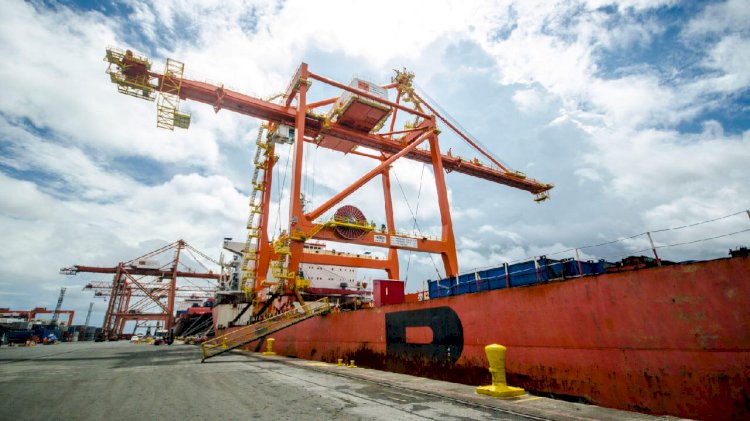 In 1988, International Container Terminal Services, Inc. (ICTSI) won the 25 + 25 years concession to operate the Manila International Container Terminal (MICT) in an international tender. Since ICTSI’s takeover, MICT has increased its annual capacity five-fold, expanded its container handling fleet to make it the largest and most modern container terminal in the Philippines, and switched from a manual control system to an integrated real-time IT terminal control system. MICT is ICTSI’s flagship operation.

Headquartered and established in 1988 in Manila, Philippines, International Container Terminal Services, Inc. (ICTSI) is in the business of port operations, management and development. ICTSI’s portfolio of terminals and projects spans developed and emerging market economies in the Asia Pacific, the Americas, Europe, Middle East and Africa. ICTSI has received global acclaim for its public-private partnerships with governments divesting of their port assets to the private sector.

WW Ocean is expanding its South American network with a new direct service to the...

Maersk Supply Service has sold two of its Anchor Handler...

Due to the current market situation and the global over-supply of offshore supply...

The farm Jostein Albert has returned to Hadsel

This charter contract represents the first-ever bespoke SOV in Taiwan and in Asia...