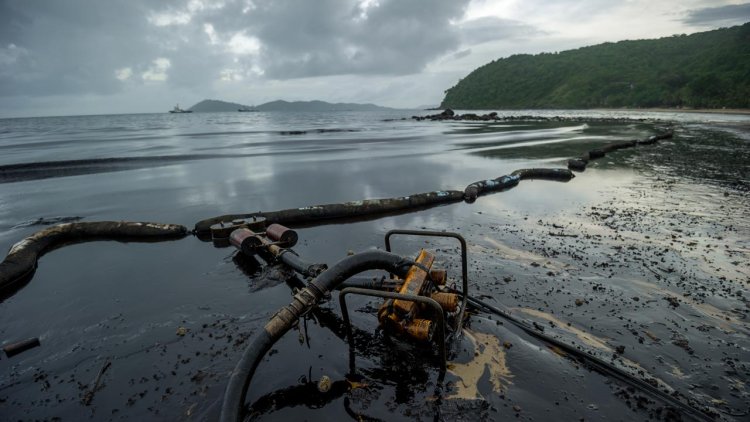 A mystery oil slick that caused environmental disaster along a vast stretch of Brazilian coastline in 2019 and 2020 was caused by a Greek-flagged vessel, federal police said Thursday after a two-year investigation.

The police said "there is sufficient evidence that a Greek-flagged oil tanker was responsible for leaking" the oil that afflicted more than 2,000 kilometers (1,200 miles) of coast between August 2019 and March 2020.

The slick affected more than 1,000 towns in 11 coastal states, investigators said, without naming the company that owns the ship.

The vessel's owners, as well as the ship's captain and chief engineer, faced charges of "crimes of pollution, non-compliance with environmental obligations and damage to natural reserves," police said.

In November 2019, Brazilian authorities identified the Greek oil tanker Bouboulina, owned by the Delta Tanker company, which is also based in Greece, as "the main suspect."

But at the time Delta Tankers denied all responsibility for the environmental catastrophe, which threatened mangroves, humpback whale sanctuaries, coral reefs and numerous beaches in northeastern coastal cities, a poor region whose economy is highly dependent on tourism.

The police estimated that the costs incurred by federal, state and municipal public powers alone for the clean-up of beaches and the ocean ran to some 188 million reais ($47.7 million).

During the disaster, the government of far-right President Jair Bolsonaro, whose environmental policies have been broadly criticized, mobilized some 5,000 soldiers for clean-up operations and more than 4,500 tons of oil residue were collected.