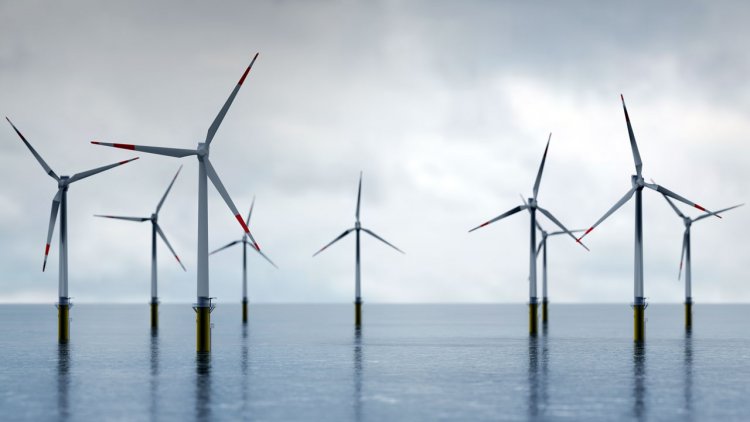 Offshore power grids that link wind farms and several countries belong to the future. The KF - CGS between Germany and Denmark with the Baltic 1 and 2 wind farms is a blueprint for such developments.

Seven European transmission system operators have signed a Memorandum of Understanding for the launch of Eurobar, an initiative for interconnecting offshore wind platforms across Europe. The aim of Eurobar is to efficiently and securely integrate offshore wind power into the European power grid, starting from current regulation and projects (e.g. point-to-point connections) and prospectively evolving to an interlinked offshore network or "busbar alike system". The concept is modular and is designed to be implemented autonomously by international partners. In that regard, striving for international standardisation of interfaces and technology is key.

Offshore wind energy plays a key role in the European Union's striving for climate neutrality. The EU Commission projects an installed capacity of up to 300 GW of installed wind power by 2050 in order to reach the climate goal of the Paris agreement. European TSOs have already shown a shared commitment for a sustainable and reliable integration of offshore wind energy. The Eurobar initiative gives additional proof of this commitment.

Marco Nix, CFO of 50Hertz and responsible for offshore activities:

"Our completed Combined Grid Solution - Krieger Flak project together with Energinet, which involves three offshore wind farms and two countries, points the right way. We want to build on this and jointly implement the Bornholm Energy Island project if it is economically and technically feasible. This would then be the second electricity hub in the Baltic Sea and a blueprint for electricity grids at sea."

Eurobar aims to support Europe and its TSOs in the secure and efficient connection of offshore wind farms by striving for standardisation of interfaces and technology, reducing the environmental impact as well as interconnecting offshore wind clusters. Thus, the Eurobar initiative's mission is to develop and implement a joint approach for offshore infrastructure systems connecting the future offshore capacities to Europe's transmission system. Moreover, it follows the idea that interfaces will be standardised for the upcoming generation of offshore connection technologies, making them "offshore grid ready".

The parties highlight that these measures can be taken step-by-step and will be implemented when economically sound and technically needed.

Port of Antwerp expands its fleet with energy-efficient tugs