Grimsby has been chosen as the location for an innovative "marinised" electrolyser project for renewable hydrogen production. 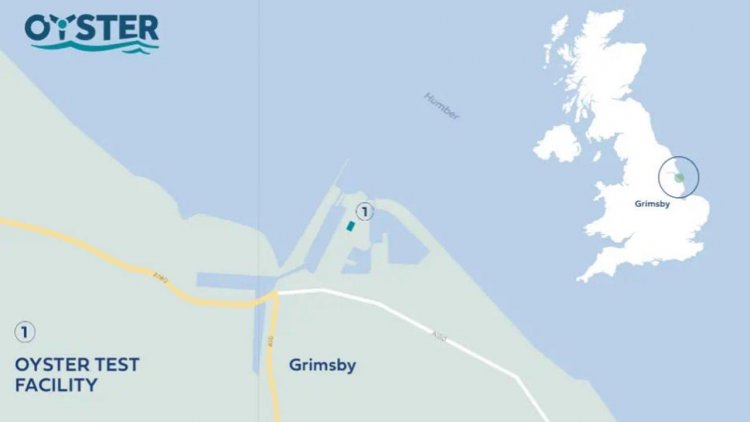 The Fuel Cells and Hydrogen Joint Undertaking (FCH JU) funded OYSTER project will develop and demonstrate an electrolyser system designed to be integrated with offshore wind turbines. The project will also investigate the potential of using pipelines to transport hydrogen to shore.

Renewable hydrogen is rapidly emerging as a key tool in the green transformation, providing a clear green path forward for many sectors that would otherwise be difficult to decarbonise, such as heavy industry and heavy transport. Developing offshore hydrogen production, by utilising electrolysers which only require water and renewable electricity to generate renewable hydrogen, further increase this potential by providing a means of transporting low-cost renewable energy from areas of excellent resource to demand centres.

Reaching the EU Hydrogen Strategy target of 40GW of electrolysers by 2030 is expected to require both onshore and offshore electrolysers. The OYSTER project - being undertaken by a consortium of ITM Power, Ørsted, Siemens Gamesa Renewable Energy, and Element Energy - will develop and test a megawatt-scale, fully marinised electrolyser in a shoreside pilot trial, which will be located in Grimsby. The project will also explore the feasibility and potential of combining an offshore wind turbine directly with an electrolyser and transporting renewable hydrogen to shore. The project is 100% funded by the FCH JU, a public private partnership of the European Commission, who awarded the project EUR 5 million in January 2021

The OYSTER consortium selected Grimsby because of the region's strong connection to renewable energy, in particular offshore wind. Grimsby is home to the O&M hub for Ørsted's UK East Coast operations, including Hornsea One and Hornsea Two, which will be the world's largest offshore wind farm when completed in 2022. Both offshore wind farms use Siemens Gamesa turbines and are fitted with blades manufactured in Hull. The Humber is also home to Gigastack which is developing a blueprint for the deployment of industrial-scale renewable hydrogen from offshore wind. The Gigastack project is led by a separate consortium, consisting of ITM Power, Ørsted, Element Energy and Phillips 66 Limited.

Due to the high density of energy intensive industries such as refineries, power stations, steel works and glassworks that flank the banks of the Humber, the region is the UK's largest industrial cluster by carbon dioxide emissions; 12.4MtCo2/yr. Decarbonisation of the Humber is vital for the UK's legally binding net-zero 2050 target as well as the future economy of the Humber, and renewable hydrogen coupled with offshore wind could play a central role in achieving this ambition.

To realise the potential of offshore hydrogen production, there is a need for compact electrolysis systems that can withstand harsh offshore environments and have minimal maintenance requirements while still meeting cost and performance targets that will allow production of low-cost hydrogen. The OYSTER project will provide a major advance towards this aim.

"Renewable hydrogen is the cleanest fuel available to us today. Utilising offshore wind energy, and generating renewable hydrogen using water in the process of electrolysis, offers a route to be able to decarbonise the entire energy system. ITM Power is delighted to be supporting this move towards a greener, cleaner future."

"Since supporting the formation of the OYSTER project, we've seen a growing number of projects planning offshore hydrogen production and increasing interest in this area from a wide range of stakeholders. With the selection of a location for the demonstrator, OYSTER is progressing well and will play a valuable role in advancing electrolysis technology for offshore applications."

"In order to meet the challenging EU Hydrogen Strategy target of 40GW renewables-fed electrolysers by 2030, off-shore wind parks will play an essential role. Depending on local conditions it may be optimal to move the electrolysers offshore and transport hydrogen rather than electricity to shore. The FCH JU is proud to support the OYSTER project as a stepping stone for off-shore electrolysers through the development of a fully "marinised" MW-scale electrolyser to be tested right next to the sea front and therefore contribute continuously to developing technologies for a climate-neutral future."

Groundbreaking Maersk methanol vessels to be built to ABS Class