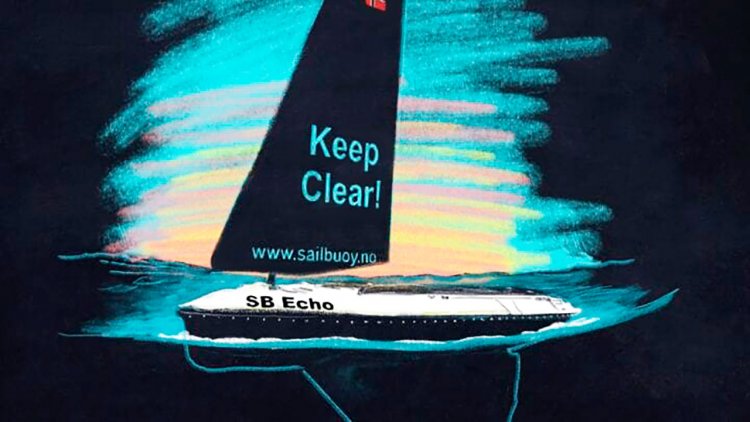 “Hywind Scotland is the world’s first floating wind farm. This pilot park, at the East coast of Scotland,” has been producing since 2017 and is operated by Equinor.

Having learned about the work of Akvaplan-niva in the “GLIDER” project, Equinor has now contracted Akvaplan-niva to deploy a glider to perform a fish survey by the wind farm. The data collected in the survey will help scientists to identify whether the windmill infrastructure creates a reef effect leading to aggregation of fish.

Akvaplan-niva operates 3 different types of gliders. For this operation we will use our Sailbuoy. This glider is 60 kg and 2 meters long. It utilizes wind for propulsion and solar energy to charge the batteries that power the sensors, the navigation system and the satellite communication. For the fish survey the glider will be equipped with a Simrad broad band echo sounder (WBT mini EK80).

The Sailbuoy will be deployed from Norway and a Sailbuoy pilot, Yngve Svensby, will operate the glider remotely from his PC as it crosses the North Sea to Peterhead where it will carry out its mission. After one month of survey, the Sailbuoy will be piloted back to Norway and be recovered from the sea.

This project exemplifies how green digital technology allows scientists to collect large datasets without any CO2emission as with traditional survey vessels. Further, as there are no personnel at the survey site, we avoid accidental risks, minimize costs and we free time for scientists to work on data interpretation. All of this add scientific value which may lead to digital innovation.