The people of Easter Island appeared to drink directly from the sea, European explorers reported in the late 1700s. And today, you can see animals—most famously horses—do the same thing. What's going on? 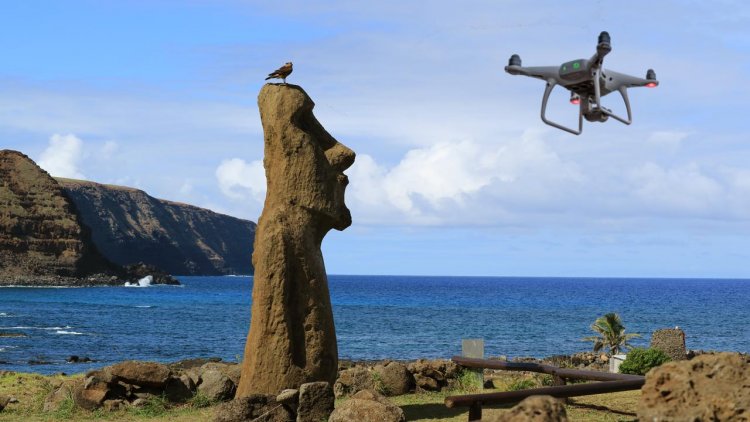 While surrounded by a vast ocean, fresh water is a scarce commodity on Rapa Nui, as the island is known to its native inhabitants. No rivers or streams cross its surface, and it sports only three small crater lakes that can dry up during periodic droughts.

Due to a quirk of geology, rainwater immediately sinks down through the porous bedrock, where it feeds an underground aquifer, explained Binghamton University's Robert DiNapoli, a postdoctoral research associate in environmental studies and anthropology. That freshwater emerges at spots on the coastline known as coastal seeps.

"At some of these locations on the shoreline, there is so much water coming out (from the seeps) that it's basically fresh. It's somewhat salty, but not unpalatably salty. It's just not the best-tasting water, basically."

DiNapoli, Professor of Anthropology and Environmental Studies Carl Lipo, Director of the Geophysics and Remote Sensing Laboratory Timothy De Smet and Terry Hunt of the University of Arizona recently demonstrated the effectiveness of thermal imaging drones in detecting the location of these coastal seeps. The results of their pilot project, "Thermal imaging shows submarine groundwater discharge plumes associated with ancient settlements on Rapa Nui (Easter Island, Chile)," was recently published in Remote Sensing.

It's not possible to use satellite imagery to identify freshwater sources on Rapa Nui because the pixel sizes are too large to register the coastal seeps in any detail, DiNapoli explained. A drone, on the other hand, flies at lower altitudes and can gather high-resolution images.

Thermal imaging drones had previously been used in Hawai'i to investigate coastal seeps there. Lipo and DiNapoli, however, didn't know if this technology would work in Rapa Nui, where the freshwater plumes were much smaller in scale. As they discovered in their pilot project, it did. 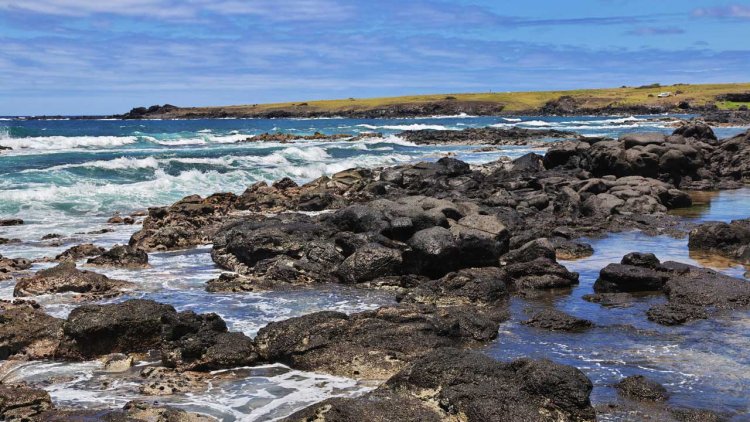 Before thermal imaging cameras, researchers literally needed to wade out into the water and measure the temperature and salinity by hand.

"That's really labor-intensive because you need to walk and then every 10 meters or so, you need to take a measurement."

Not only is the drone system faster, but it provides a more substantial picture of the larger water feature, allowing researchers to see its characteristics as a whole. There is a downside, however: the heat reflecting off metal roofs and a local bonfire skewed the temperature readings on one of the flights.

Certain objects have characteristics that confuse the thermal camera, and thus their actual temperature isn't recorded, DiNapoli explained. A metal roof in the sun, for example, tends to be quite hot, but the thermal cameras register it as cold because of the reflected radiation.

When the drone takes off, it begins calibrating and determining the area's high and low temperatures. Anomalies such as fires throw off that calibration.

"It still gets us usable images in the sense that you can see relative differences in temperature, but the absolute temperature it's giving us is wildly off, so it says things are much colder or much hotter than they actually are."

In their research, Lipo and DiNapoli explore the way that ancient communities used these seeps, on an island where droughts are common.

In addition to collecting rainwater, the Rapa Nui people also constructed basin-type wells called puna that intercept the stream from the aquifer before it reaches the sea. They also built underwater dams in the ocean to prevent the seawater from mixing with the fresh water at the seep sites, although these structures have long since crumbled away. 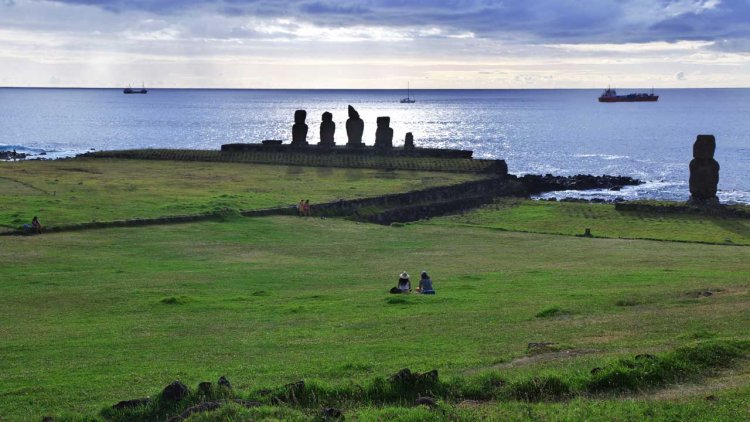 As the first European visitors noted, the people also drank directly from the ocean at the seeps. The island's current inhabitants still pump water directly from these freshwater spots in the sea and use it to water crops and provide water for their livestock.

The study's results are the jumping off point for another research project, funded by a National Geographic grant, to identify the location of coastal seeps throughout the island. The thermal imaging drone will play a major role in collecting the data.

One of the questions they hope to answer is how coastal seeps respond to lengthy droughts. During their last research trip, the island was experiencing a multi-year dry spell, which dried up two of the crater lakes and sunk the third to low levels.

"But we identified these coastal seeps all around the island. That suggests that when the island experiences these drought events, the seeps are one of the last water sources to be affected by it."

One potential explanation: When the water goes underground after heavy rain, it likely stays in the aquifer for several years before discharging into the ocean. In their upcoming field work, DiNapoli and Lipo will try to confirm this, and determine how long it takes rainwater to make its underground journey to the sea.

Valenciaport calls for tenders for the 2030 Strategic Plan