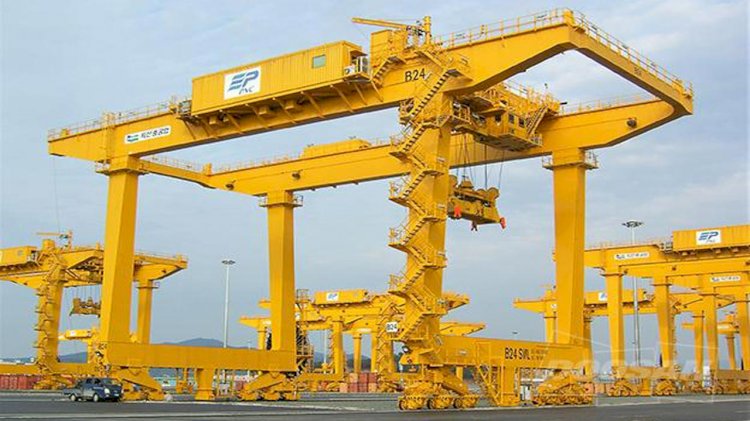 Doosan Heavy Industries & Construction (DHIC) announced on March 17 that it had signed an agreement with Busan Port Authority (BPA) to supply twelve transfer cranes to Busan New Port’s West Pier by March 2022 for its Phase 2-5 installation.

A transfer crane is used to load and transfer containers in a terminal yard via remote unmanned operations. Opened in 2006, Busan New Port currently operates more than 230 transfer cranes, most of which are Chinese imports, except for 49 units that DHIC had supplied for Phase 1-1 back in 2006.

“This agreement means that Busan New Port will have its first batch of domestically manufactured cranes in fifteen years. We will cooperate with our partners in order to continue supplying high-quality cranes that deliver outstanding performance.”

BPA also plans to order port equipment from domestic manufacturers for the following Phase 2-6 project. The next order is expected in 2023, with the opening to follow in 2026. According to the “2nd Basic Plan for New Port Construction” announced by the Ministry of Oceans and Fisheries in August 2019, a total of twelve additional piers will be constructed at Busan New Port and Incheon New Port with the aim of boosting the competitiveness of domestic ports.