Crew of dismasted sailing vessel was rescued southwest of Hawaii 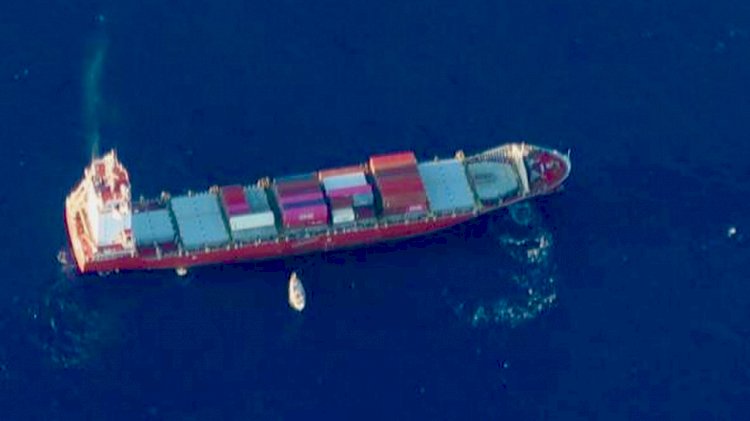 "We appreciate the support of the good Samaritans aboard the commercial vessels Nobility and Kalamazoo who made this rescue possible. This was a difficult case given the remote area of the search and a lack of communications with the crew. This case is a big win for the Automated Mutual-Assistance Vessel Rescue System, which the Kalamazoo subscribes to, the Safety NET message system, and the mariners out there willing to help each other."

The three crew are reportedly in good condition, with one possible concussion after further assessment by a flight surgeon, and en route to Honolulu aboard the motor vessel Kalamazoo.

Crews aboard a Coast Guard HC-130 Hercules and a U.S. Navy P-8 Poseidon airplanes conducted searches over several days. The Coast Guard Cutter Joseph Gerczak (WPC 1126) also responded from Honolulu, but shortly after reaching the search area, they turned back due to a low fuel state.

"We appreciate the support of the Navy Poseidon aircrews who were more than willing to fly and assist us during the holiday season. While the sailing vessel crew had supplies for the voyage they did not have and electronic position indicating radio beacon. Such a device would have provided their location rapidly and accurately, significantly shortening the search. We recommend anyone undertaking voyages offshore take an EPIRB."

Weather in the area was forecast from the National Weather Service as winds 17 to 28 mph and seas 6 to 10 feet.