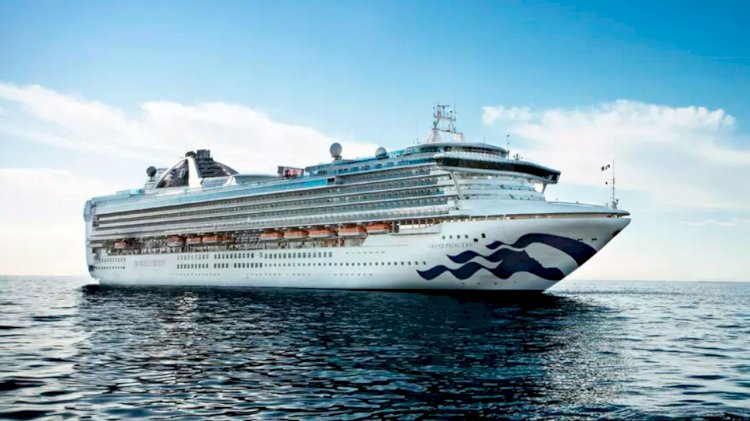 The Grand Princess, a Princess Cruises liner, with hundreds onboard is being held off the Northern California coast until passengers are tested for coronavirus after the state reported that its first resident to die of the virus had apparently contracted it on a cruise.

Officials said an elderly patient who had underlying health conditions and died at a hospital had tested positive for the virus after getting off the Grand Princess cruise ship in San Francisco back in February.

Some 60 other guests who were on the same ship when it sailed from San Francisco to Mexico with the patient had remained on board for a trip to Hawaii. That cruise was cut short and will eventually return to San Francisco.

The Grand Princess cruise ship is now under investigation as the Centers for Disease Control and Prevention probe a “small cluster” of patients who were aboard, according to the cruise line.

Princess Cruises said that there are no confirmed cases of COVID-19 currently on board. The U.S. Centers of Disease Control (CDC) has identified groups of guests and crew who will be tested before arrival into San Francisco.

There are fewer than 100 guests and crew identified for testing, including all in-transit guests (guests who sailed the previous Mexico voyage and remained on board for the current Hawaii voyage), those guests and crew who have experienced influenza-like illness symptoms on this voyage, and guests currently under care for respiratory illness.

To facilitate this testing, the U.S. Coast Guard will deliver sampling kits to the ship the morning of March 5 via helicopter. Princess Cruises onboard medical team will administer the test and the samples will be sent in batches by helicopter to a lab in Richmond, California, across the bay from San Francisco.

Public health officials have advised that no guests will be permitted to disembark until all results have been received. Out of an abundance of caution, all guests who have been identified for testing have been asked to remain in their staterooms.

Princess Cruises can also confirm the cancellation of the upcoming Grand Princess Hawaii cruise departing on March 7. All guests will receive a full refund of their cruise fare, Princess Air, Princess Cruise Plus pre- and post-cruise hotel packages, prepaid shore excursions and other prepaid items purchased through Princess. Unexpected expenses, such as air change fees, reimbursement of reasonable non-refundable out-of-pocket expenses will be considered on a case-by-case basis. Guests will also receive a Future Cruise Credit equal to 100% of the cruise fare paid on this voyage.