Consortium wants to decarbonise the Port of Immingham with hydrogen 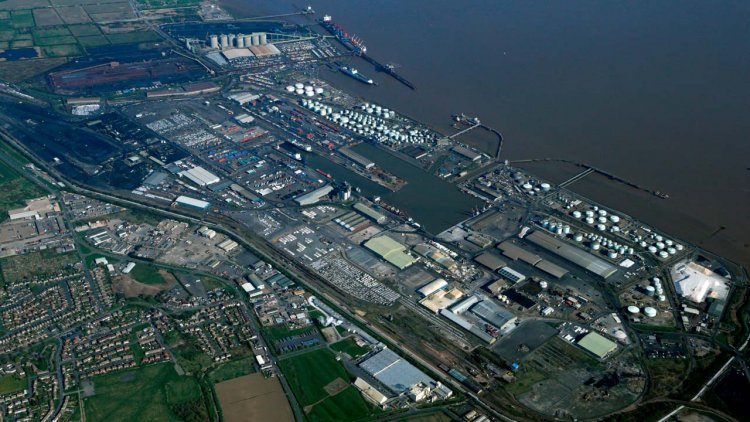 Uniper, Siemens Energy, Toyota Tsusho and Associated British Ports have submitted a joint bid into the Clean Maritime Fund for matched funding to develop their vision for a low carbon hydrogen supply to the Port of Immingham.

A joint study completed by the four companies shows that the availability of low carbon fuels in ports, such as green hydrogen, can provide a viable opportunity to decarbonise ‘hard to reach sectors’, such as maritime and cargo handling.

ABP’s Port of Immingham, located within the Humber industrial cluster, is the UK’s largest port by tonnage, handling over 54Mt of cargo annually. The port is ideally placed to take advantage of the existing infrastructure in the region, combined with technical expertise brought by the four partners. There is the potential for green hydrogen to be produced by electrolysis, using a renewable energy supply such as offshore wind. The hydrogen could then be used as a direct replacement to diesel and heavy fuel oil, or for the production of clean shipping fuels.

The funding bid has been submitted so that the companies can undertake a full feasibility study for this exciting project. The study would review the technical and economic feasibility of reducing port greenhouse gas emissions with hydrogen, and develop a clear plan for future development. A successful funding bid could allow this work to begin as early as September 2021.

The project aims to develop a scalable decarbonisation solution within the Port of Immingham, which, if successful, would be replicable in other ports. Ultimately this could be the first step in the uptake of hydrogen as an alternative to fossil fuels across the whole maritime sector.

The project could lead to an initial c.20MW supply of green hydrogen to the Port of Immingham by 2025.

Uniper brings its existing expertise in the field of hydrogen production to the project and will lead the feasibility study. Uniper owns the nearby Killingholme power station, which if the bid is successful, could be one of the locations for an electrolyser, powered by renewable energy, to produce hydrogen for the port.

Siemens Energy currently produces some of the worlds most advanced PEM electrolysis units and has an aspiration to be a key player in the UK market, complementing its current products in the renewable sector. Siemens Energy has identified the Humber as a key area to decarbonise in the UK.

ABP’s Port of Immingham is a major trading gateway and intermodal hub for road, rail and sea transport, making it the ideal location for hydrogen production and distribution. The project demonstrates the critical role ports can play in building sustainable supply chains and accelerating the decarbonisation of the UK’s economy.

Toyota Tsusho UK will carry out an assessment of the conversion, replacement or retrofitting of port equipment, as well as hydrogen refuelling infrastructure and potential achievable GHG reductions.

“Reaching net zero is going to require a fundamental change to our day-to-day lives, and the energy industry will play a vital role in innovating to find cleaner alternatives to decarbonise industry and transport. It is projects and partnerships like this which will help bring those innovations to life and show the art of the possible.”

“This first of its kind concept, has the potential to become a decarbonisation solution not just for the Port of Immingham, but for other ports, and the maritime sector as a whole.”

“This exciting project offers the Port of Immingham the opportunity to create a model for ports across the UK- and the world - to replicate, making the most of the decarbonisation potential of hydrogen.”

“We believe Hydrogen has an important role in the UK’s target to be carbon neutral by 2050. Together with our partners, Toyota Tsusho is committed to this project with our experience and expertise in the use of hydrogen fuel cells to power port machinery as well as other mobility fields.”

Pondera and Rebel choose for GE wind turbines in Eemshaven

CMA CGM to operate and manage the Port of Alexandria’s...