BC Ferries expects the ship to arrive in B.C. by mid-August. 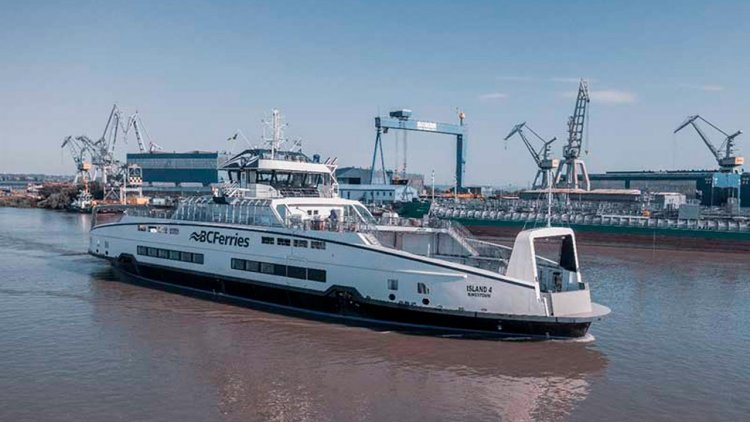 BC Ferries’ newest hybrid electric ship is now preparing for its trip home to British Columbia, after transiting the Panama Canal over the weekend. Island 4, as it is temporarily named, departed Damen Shipyard Galati in Romania in early June under its own power.

BC Ferries expects the ship to arrive in B.C. by mid-August.

The Island Class are battery equipped ships designed for full electric operation. The ships are fitted with hybrid technology that bridges the gap until shore charging infrastructure becomes available. From the exterior details to the engines, the design of the new vessels reduces underwater radiated noise, lowers emissions and improves customer service.

BC Ferries will take ownership of the new Island Class ferry upon final inspection at Point Hope Maritime in Victoria, B.C.

BC Ferries looks forward to welcoming the vessel into service next year. Island 3 and Island 4 will be officially named later this year. Together these ships will provide two-ship service on the Campbell River – Quadra Island Route starting in 2022.

North West Marine expands its fleet with the arrival of...