Babcock, was awarded the contract by the De Beers Group last year to upgrade MV !Gariep as the existing equipment was coming to the end of its life. 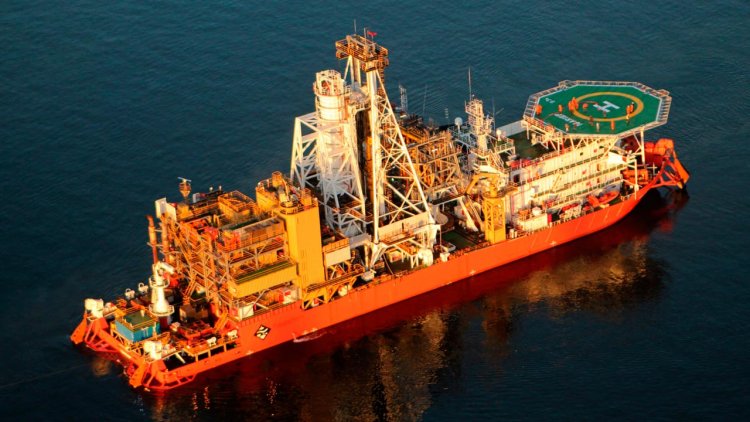 Babcock has completed a programme of critical integration engineering and detailed design work on the De Beers Marine Namibia (DBMN) diamond mining ship MV !Gariep from its state of the art engineering hub at Rosyth.

The package of work included removing two existing engines, three YANMAR generating sets and one Caterpillar generating set and installing two 3MW Wärtsilä 9L26 medium speed generator sets, new switchboards and two electric propulsion systems. De Beers had chosen its preferred replacement equipment, so the challenge for Babcock’s team of engineers and designers was to ensure that it integrated in the optimal way with the ship structure and systems.

The detailed design was undertaken from Rosyth, while the asset was more than 8,500 miles in its home port. This novel approach was completed successfully with the team receiving positive feedback from the customer. Due to the COVID-19 pandemic and following Government advice, the team completed the last 4 months of the project working remotely from home.

“We are delighted to have once again worked with De Beers Marine, to complete the engineering package of work on MV! Gariep.

“During globally challenging times, our experienced engineering and design team have worked innovatively using technology such as 3D modelling to ensure that we deliver for our customer.”

Scott Davidson, Mechanical Engineer at Babcock Rosyth, who worked on the design said:

“We were provided with a 3D laser scan of the compartments affected by the upgrade on the !Gariep vessel along with system drawings. Using this technology we are able to build up a 3D model of the structures, equipment and systems which would remain once the old equipment had been removed.”

By making use of technology and the 3D model, the team were able to optimise the position of the new equipment and systems. Piping, HVAC and cable routings were all fitted largely clash free which is a huge achievement as over 1.3km of pipework was installed in a very busy brownfields confined space.

While the new equipment enables significantly improved efficiencies and reduces carbon emissions, the arrangements and design also focused on safety. Safe access for operations as well as design for ease of maintenance were important drivers during the design process.

The team working on this project consisted of Structural Engineers, Naval Architects, Electrical and Mechanical Systems Engineers as well as detailed designers.

With the new electrically driven propulsion system and necessary changes to support auxiliary, structural and control systems the vessel is now successfully back in service.

Holland America Line to restart cruising from Greece in August 2021