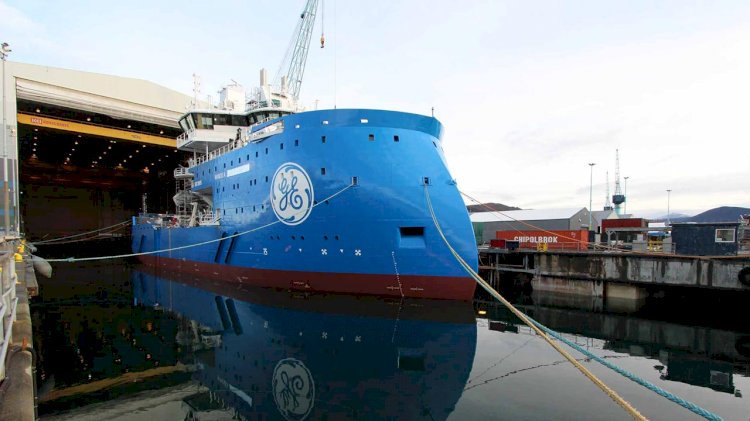 The next Service Operation Vessel (SOV) for Bernhard Schulte, Yard Number 315 at Ulstein Verft, was floated out from the yard’s dock hall on Sunday afternoon, 26 January 2020. The hybrid vessel has now been positioned in the outer dock for further outfitting and testing.

The painting of the vessel’s exterior was completed prior to the float-out. The commissioning stage of the project is ongoing, the switchboards have been powered up and main engines started. Also, the provision crane has been tested and testing of the davits have commenced. The inclining test is scheduled in the last part of February.

The vessel is equipped with a battery hybrid system: The Energy Management System has recently been presented to the Shipowner's representatives.

The X-BOW® and X-STERN™ innovations improve seakeeping and safety while reducing fuel consumption.

The vessel will stay in the outer dock for some time, and later the vessel will be moved to the outfitting quay. Sea trial is scheduled to start early March.