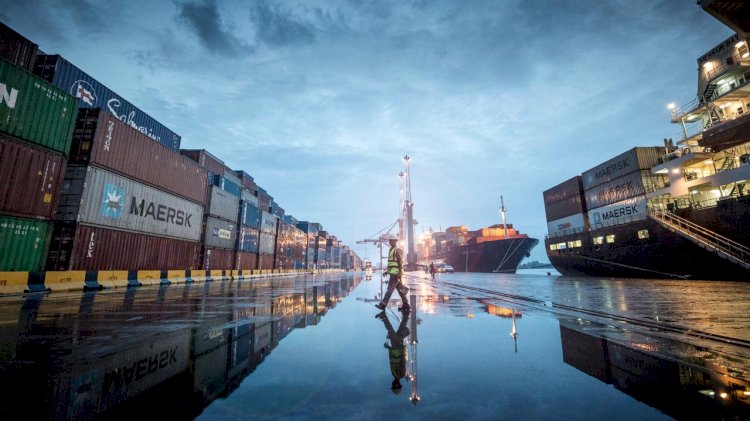 The new cranes were acquired as part of APM Terminals’ additional investment of USD80 million (N33.6billion) for the year 2020-2021, bringing the total investment by the company in Apapa since 2006 to USD438million (about N184billion), which is the highest by any private terminal operator in Nigeria.

APM Terminals Apapa, which is located in the nation’s premiere seaport at the heart of Nigeria’s commercial hub, Lagos, is the biggest container terminal in West Africa and the best-equipped port terminal in Nigeria.

While commending the management of APM Terminals for acquiring the new cranes, Bala Usman said, as the ports become more efficient, efforts must be made to enhance cargo delivery processes and free the ports of longstanding cargo:

“We are engaging with the Nigeria Customs Service to remove overtime containers from the port to free vital space for incoming cargo. We are also working with terminal operators to increase the barging of containers to take pressure off the roads. We have noted a significant growth in barging capacity and operations with more containers moved daily by barges from the port.” 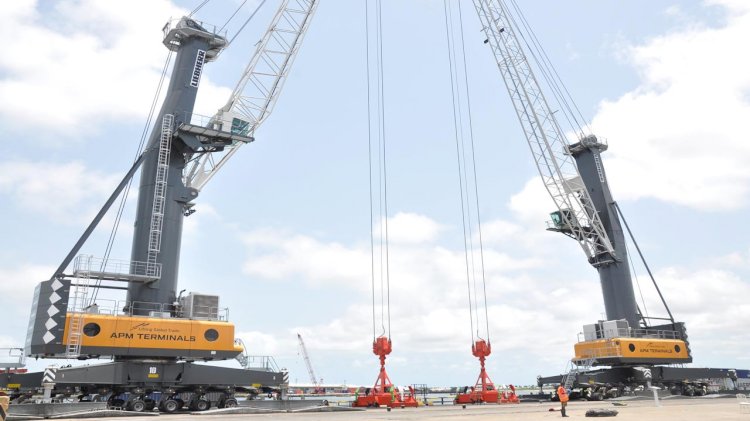 “The additional investment we are making is to handle the increased trade volumes into Nigeria. Trade in Nigeria is growing due to the many favorable efforts and policies of the Federal government of Nigeria including but not limited to the policy on ease of doing business; stabilization of foreign exchange; closure of the land borders which has increased the use of our sea ports; and diversification of the economy.

The additional investments will create capacity to handle the growth in the economy to support the Federal government’s efforts on trade growth and improve service delivery across the logistic chain in Nigeria.”

APM Terminals Apapa took over operation of the Apapa container terminal in 2006 under the Federal Government’s port reform programme. Since then, APM Terminals has invested heavily on infrastructure, container handling equipment, yard expansion, modernisation of the terminals’ IT hardware and software systems, and development of additional capacity.

The huge investment has resulted in significant improvements in productivity, reduction in vessel waiting time and a doubling of container volumes at the port.

LR and Maersk: achieving net zero is an ‘OPEX not a CAPEX...

Marlink and Quadrille extend their partnership to offer...

News channels in multiple languages to support the mental health of the crew are...