A mine that appeared Monday was the second reported in the waters near Turkey in three days. 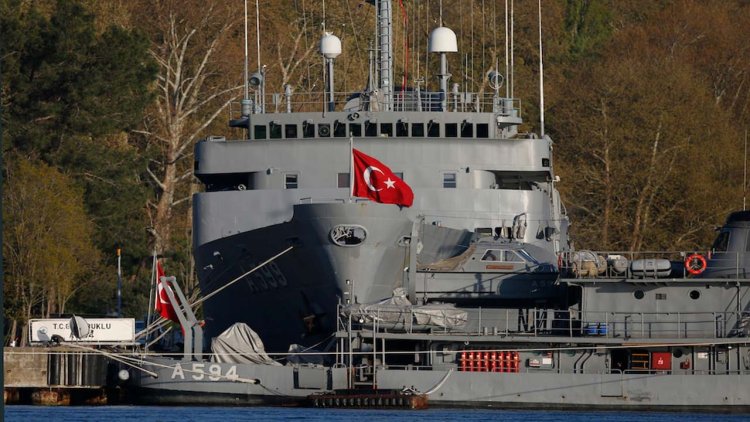 Turkey and Romania have scrambled in recent days to neutralize potentially explosive mines amid concerns that the weapons may be drifting across the Black Sea from Ukraine’s shores toward neighboring countries.

Defense ministries for both countries, in separate announcements Monday, said they had dispatched their naval forces to defuse mines of unknown origin that appeared near their coasts.

A mine that appeared Monday was the second reported in the waters near Turkey in three days. Turkey’s government had said previously that it was in contact with both Moscow and Kyiv about the weapons, but did not specify which side, if either, was responsible for the mines.

The scramble comes after Russia’s intelligence service, the FSB, claimed on March 19 that poor weather had caused more than 400 naval mines to become disconnected from the cables that were anchoring them, and warned that the mines were “drifting freely in the western part of the Black Sea,” which includes the territorial waters of Ukraine, Romania, Bulgaria and Turkey.

Ukraine at the time dismissed the assertion as untrue and politically motivated. “This is complete disinformation from the Russian side,” Viktor Vyshnov, deputy head of Ukraine’s Maritime Administration, told Reuters. “This was done to justify the closure of these districts of the Black Sea under so-called ‘danger of mines.’ ”

A 1907 international treaty prohibits countries from laying unanchored mines designed to damage ships unless they can be controlled or are “constructed as to become harmless one hour at most after the person who laid them ceases to control them.”

The Romanian Defense Ministry said Monday that a fishing vessel had spotted a drifting mine about 8 a.m. and alerted maritime authorities, which then undertook an operation to neutralize it about 39 nautical miles from the Port of Midia, in southeast Romania. The ministry did not say where the mine came from and an update on the operation was not immediately available.

Meanwhile, Turkey said Monday that it had neutralized a mine detected off the coast of Igneada, a town in the country’s northwest near the border with Bulgaria, while on Saturday another mine, which was thought to have drifted from the Black Sea, forced a temporary closure of the Bosporus, the key waterway that runs through Istanbul.

The incident raised fears that the conflict between Russia and Ukraine could threaten traffic in the Bosporus, a choke point for global energy supplies and commerce.

Photographs purporting to show the mine depicted what appeared to be a metallic orb with spikes. On Saturday, Turkey’s defense minister, Hulusi Akar, described the mine as “old” and said Turkey had been in touch with the Kremlin and with Kyiv about its appearance in the Bosporus.