Suez Canal: Oil prices rose by about $2 per barrel on the news of the blockage

The Suez Canal blockage has caused the build-up of vessels looking to transit the canal at both the northern and southern anchorages. 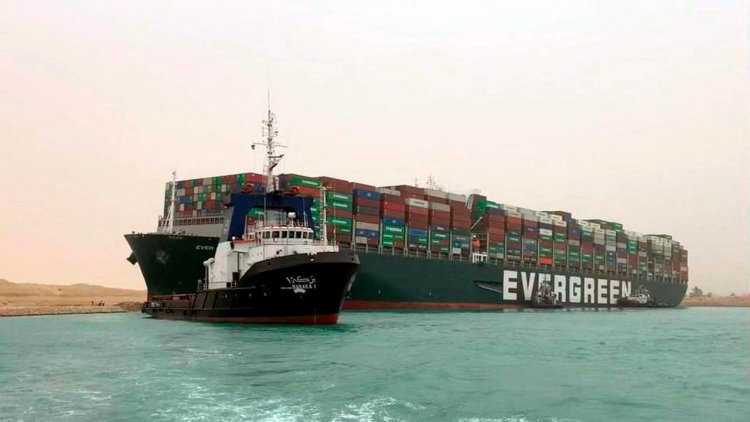 “According to Wood Mackenzie VesselTracker, the largest impact is on container shipping, but we estimate that there are a total of 16 laden crude and product oil tankers which are expected to transit the canal delayed by the incident, amounting to 870Kt of crude and 670kt of clean products.

These ships are currently in the canal itself or waiting at either the North entrance to the Suez Canal (Port Said Anchorage and Great Bitter Lake Anchorage) or at the Southern Suez Anchorage. There are several vessels which are located to the south of the canal entrance which we believe are scheduled to discharge at various southern Suez ports. Our data suggests that there have been no cargoes diverted to alternative routes such as around the Cape of Good Hope.”

“Oil prices rose by about $2 per barrel on the news of the blockage, but stocks of both crude and products are high in the Atlantic basin. A few days of delays in crude or product travelling through the Suez Canal to the west (Europe/Americas) should not have a prolonged impact on the Atlantic basin market. After the canal reopens, the crude market will shift focus towards the April 1 OPEC+ meeting to determine production levels for May.”

“If the blockage is prolonged, given the weakness in European demand for middle distillates and low refinery utilisation rates, oil product trade flows from Europe/Mediterranean to East of Suez will suffer a greater impact, reducing availability of naphtha, petrochemical feedstocks and fuel oil to Asia. This would be supportive for Asia product prices and widen the West-East arb in the near term.