Alewijnse has successfully installed new multi-function consoles on board the M-frigate Bartolomeu Dias (F333) on behalf of the Dutch Ministry of Defense. 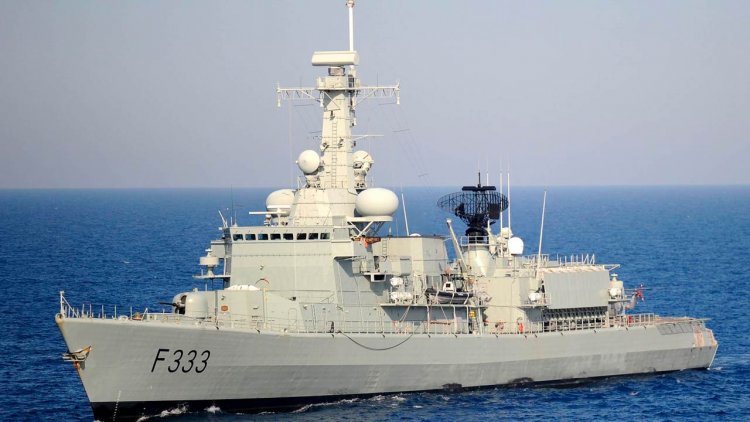 The delivery of new consoles for her sister ship, Francisco de Almeida (F334), is scheduled to be completed this summer.

The M-frigates Bartolomeu Dias and Francisco de Almeida, formerly known as Van Nes and Van Galen respectively, are currently being modernised in Den Helder by the Defensie Materieel Organisatie (DMO) and the Directie Maritieme Instandhouding (DMI) of the Commando Zee Strijd Krachten (CZSK). Systems integrator Alewijnse was contracted in 2019 for the design, construction, assembly and commissioning of the multi-function consoles (MFCs), the auxiliary control units of the command centres (CoCe) and completely new Radio Room Consoles (RRC).

"The new MFCs replace the General Operating Stations (GOS) in the command centres (CoCe), the operational heart of the ships. There, all sensor data is presented, analysed and, among other things, the decision can be taken to switch to weapons deployment. The new MFCs are more versatile and user-friendly than the old GOS, which greatly increases the effectiveness of the operators. With a view to redundancy, the basic design of the MFCs is kept as uniform as possible, so that an operator can easily change to another console in the event of a malfunction."

Alewijnse carried out a full range of assessments before officially delivering the consoles to the Bartolomeu Dias. These included intensive simulations to measure shock and heat resistance and various test runs during the site acceptance tests. The refit works took place at the RNLN shipyard in Den Helder after which Alewijnse undertook the installation, commissioning and acceptance tests.

"Our consoles are built at Alewijnse's own production locations in the Netherlands. This offers our customers many advantages, including competitive prices, short logistical lines and flexibility. Our switchboards and consoles are built with superior components and enclosures from western European suppliers, thus ensuring high quality end products. In this way Alewijnse makes a valuable contribution to all the projects in which it is involved.

"We are pleased to have completed the order for the first M frigate to the customer's satisfaction. The successful delivery confirms our long-standing cooperation with DMO, DMI and the Royal Netherlands Navy (RNLN) on highly complex projects for defense and security. We aim to achieve the same performance for the second ship."

Alewijnse and the RNLN have worked together successfully for many years on various naval vessels, including the support vessel Zr. Ms. Pelikaan (A804), Joint Support Ship (JSS) HNLMS Karel Doorman, the four Holland-Class Oceangoing Patrol Vessels and the amphibious transport ships HNLMS Johan de Witt and HNLMS Rotterdam. Since 2016, Alewijnse has maintained its own service hub in Den Helder dedicated to delivering quick and efficient electrical services to naval vessels docked at the RNLN dockyard.

In 2019 Bartolomeu Dias (F333) and Francisco de Almeida (F334) celebrated their twenty-fifth birthdays and become due for the renovations necessary to enable them to continue in active service into the thirties of the 21est century. The Portuguese Navy agreed to these major maintenance works taking place at Den Helder as, with both vessels having been built in the Netherlands, all the necessary expertise and facilities for such a complex project are readily available in the Den Helder yard.