A ship carrying 18,000 tons of Ukrainian corn arrived early Monday at a port in northwestern Spain, using what a regional animal feed producers group described as a “new maritime route” 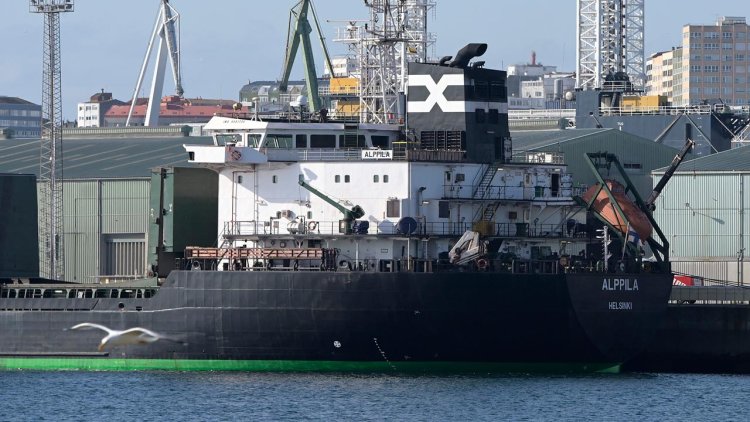 The cargo ship Alppila, carrying the corn, arrived at Spain’s port of A Coruña before dawn on Monday and is due to be unloaded by Tuesday, the port’s press office told CNN.

It’s the first shipment of Ukrainian grain to reach northwestern Spain by sea, using “a new maritime route opened in the Baltic Sea to avoid the Russian navy’s blockade of Ukraine’s ports on the Black Sea since the start of the war” last February, the animal feed producers group, called Agafac, said in a statement.

Some background: Russia's war in Ukraine could push up to 49 million people into famine or famine-like conditions because of its devastating impact on global food supply and prices, and countries are scrambling to find a way around the blockade. On Sunday, a Ukrainian government official told Reuters Ukraine has identified alternate routes to export grain stores.

“It’s just a small amount of corn but it recovers the possibility to import whatever’s possible from Ukraine,” Agafac director Bruno Beade told CNN by phone.

He said Agafac, the Galicia regional animal feed producers group, typically imports 40% of its corn from Ukraine between January and June each year, which is part of the total 1 million tons of corn it imports for livestock feed annually.

The Agafac statement said that “small quantities of corn have left western Ukraine in trucks for Poland and Romania” and that the corn which arrived in Spain was loaded onto a ship at Poland’s Baltic Sea port of Swinoujscie.

The Alppila is a Finnish-flagged cargo ship that was in Swinoujscie in late May before making stops at two German ports and then arriving at A Coruña port on Monday, according to vesselfinder.com.

Beade said he didn’t know if Ukrainian corn had arrived at any other Spanish ports since Russia’s invasion of Ukraine began in late February.