Shell Plc decided to idle two liquefied natural gas vessels chartered from a Russian company, in the latest example of an energy giant seeking to avoid future sanctions or public condemnation tied to the war in Ukraine. 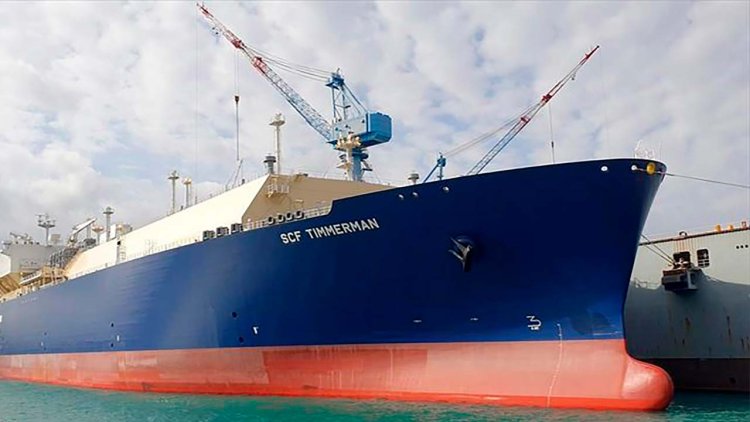 London-based Shell decided last month to take the ships out of service and bear the economic cost, according to people with knowledge of the matter. The ships are primarily used to ferry LNG within Asia and aren’t directly under sanctions, but the company decided to idle them as a precaution, said the people, who requested anonymity to discuss private details.

The SCF Barents and SCF Timmerman have been anchored off the coast of Singapore for several weeks, according to ship-tracking data compiled by Bloomberg. The ships are owned by Sovcomflot -- a Russian state-controlled company  -- and are under long-term charter by Shell.

“We can confirm that the two mentioned SCF LNG ships are now idling,” said Shell in an emailed reply to questions. “We conduct our business in compliance with international and national laws, abiding by applicable sanctions and trade control measures.”

The move is the latest by an energy company to self-sanction in response to Russia’s invasion of Ukraine. The situation is particularly touchy for Shell, as the company came under fire in early March for purchasing Russian crude at a steep discount. Since then, Shell said it won’t make any new purchases of Russian oil or gas.

The European Union has started to strengthen sanctions against Russian vessels. On Tuesday, European Commission President Ursula von der Leyen said the EU is proposing to ban most Russian ships and trucks from entering the bloc. Russian-owned, controlled, chartered or operated vessels are already blocked from U.K. ports.

Alewijnse and SEAFAR join forces to contribute to the development of autonomous...