AMBPR has developed a prototype robot that can work autonomously to clean, sand and paint the sides of ships in dry dock. 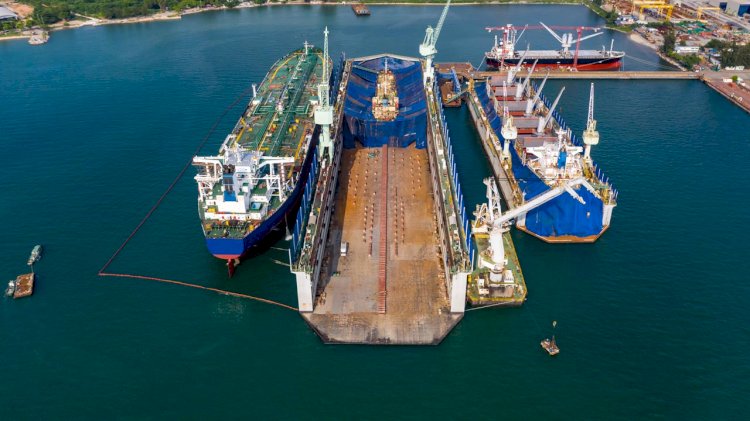 CGG has announced that Sercel has acquired a 34% shareholding in AMBPR, a start-up company that designs and markets autonomous robots for repairing (sanding and painting) large metallic structures, used in the maritime and energy industries.

Sercel recognised the potential of AMBPR through Axandus, Sercel’s Industrial Accelerator program, which helps start-ups to scale up their industrial growth. The two companies have also signed an exclusive industrial partnership agreement whereby Sercel will manufacture AMBPR robots at its Saint-Gaudens site in France. The terms of this agreement also provide for Sercel increasing its stake in AMBPR to 51% in 2021.

Since its creation in 2017, AMBPR has developed a prototype robot based on an instrumented articulating boom lift that can work autonomously to clean, sand and paint the sides of ships in dry dock. With the manufacturing support of Sercel, AMBPR expects to sell its first units within the next six months.

Ship repair, the first market to be targeted by AMBPR, has significant potential with 90,000 ships of over 50m in length periodically repainted at 600 dry docks worldwide. Hull sanding and painting work is still a highly manual process, and its labour-intensiveness, the lack of sufficient manpower and the environmental constraints involved have created the right conditions for a future shift to an automated solution.

“Sercel is pleased to support AMBPR with its industrial expertise and production capacity. This initiative is an opportunity to broaden the range of potential markets for our technology and know-how beyond the oil and gas industry and diversify production at our Saint-Gaudens site.”

The collaboration will see Paratus deploy the iDirect modems with KNS Ku-antennas...

Svitzer has announced that on the 29th of May 2020, Svitzer became an official member...

Work on the project will begin immediately