After a near two-year "Microbiome" mission around the world, scientists had gathered thousands of samples of marine micro-organisms in a bid to better understand ocean plankton and pollution. 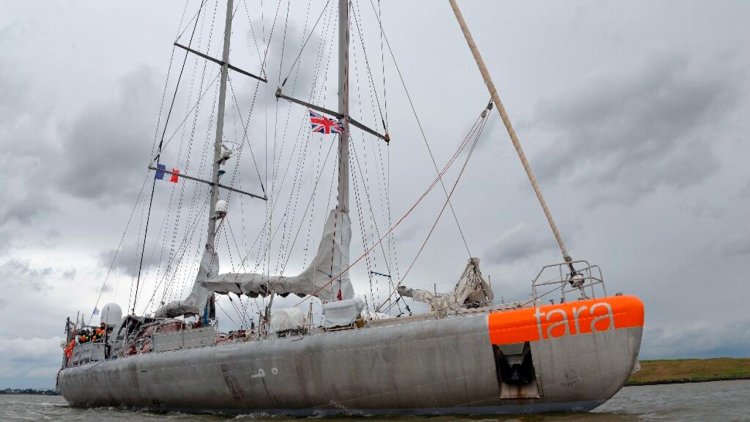 The survey was carried out from the 33-year-old Tara research schooner, which returned to her home port of Lorient on France's western coast at the weekend.

"All this data will be analyzed," Tara Ocean Foundation director Romain Trouble told a press conference.

"Within 18 months to two years we will start to have the first discoveries from the mission," he said.

At the base of the food chain, micro-organisms were the "invisible people of the sea", accounting for two-thirds of marine biomass, said Trouble.

"They capture atmospheric CO2 (carbon dioxide) and supply half of the oxygen we breathe."

Trouble said the mission sought to find out how it all works.

"How do all these marine viruses, bacteria, micro-algue manage to interact to produce oxygen?"

"And how will that change tomorrow with climate change and pollution?"

The Tara team paid particular attention to the impact on the oceans of the River Amazon, which has a water flow rate of 200 million litres (53 million gallons) per second.

They wanted to test a theory that deforestation and the spread of agriculture has increased nitrate fertiliser discharge, leading to an abundance of toxic algae along river banks and coasts, particularly in the Caribbean.

The 22-month odyssey also sought to trace the sources of plastic pollution at river mouths, to understand distribution and the types of material involved.

The mission was Tara's 12th global journey and involved 42 research institutions around the world.

Next spring, Tara sets off to research chemical pollution off European coasts.

Emissions monitoring campaign kicks off over the Baltic...