SCHOTTEL to equip a new tugboat for SLSDC with azimuth thrusters 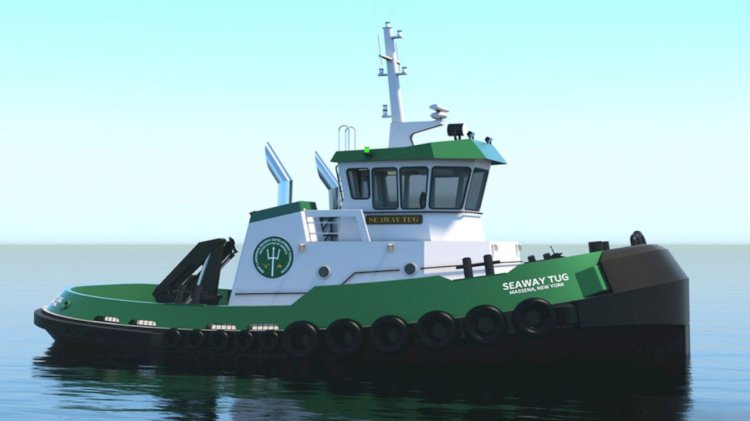 The vessel is under construction at the U.S. shipyard Washburn & Doughty in Maine. The HT-60, the smallest in the harbour tug series developed by the Seattle-based naval architecture firm Glosten, is scheduled for delivery in 2021.

"This new vessel will be used to carry out a variety of construction and maintenance duties for the U.S. portion of the St. Lawrence Seaway. These duties include routine maintenance of lock gates, maintenance and positioning of aids to navigation, ice management and removal of accumulated ice from lock walls."

Two SCHOTTEL Rudderpropellers type SRP 210 FP (500 kW each) with propellers measuring 1.4 metres in diameter are powered by a pair of EPA Tier 3 diesel engines. As a result, the ASD tug will achieve a free running speed of approximately 14.5 knots. The thrusters will be equipped with SCHOTTEL’s patented and DNV-GL type-approved LEACON system, which ensures permanent monitoring of the propeller shaft and steering seals. Considered as a non-oil-to-water interface, this system complies with VGP regulations of the Environmental Protection Agency (EPA) without the need to use environmentally acceptable lubricants (EALs).

At 18.30 metres in overall length, the tug is the right size for manoeuvring inside lock chambers. At the same time, it has an 8.50-metre-wide beam for improved performance in ice and enhanced stability for deck crane operations.