According to the Russian military, HMS Defender was told to change course, and when it failed to do so, a Russian border patrol ship sent several warning shots. The UK government rejected Russia's account of the incident and denied that any warning shots had been fired. 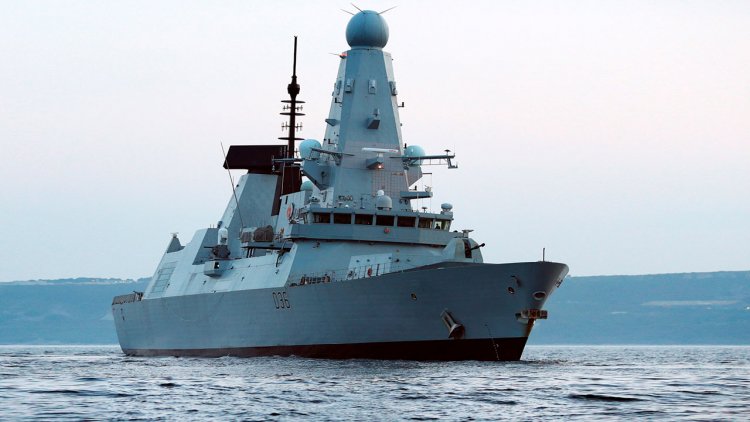 Moscow's defence ministry said a patrol ship fired warning shots and a jet dropped bombs in the path of HMS Defender as it sailed some 12 miles (19km) off Crimea's coast.

The UK government rejected Russia's account of the incident and denied that any warning shots had been fired.

HMS Defender was sailing from Odesa in southern Ukraine to Georgia. To get there, it passed south of the Crimea peninsula, which Russia annexed from Ukraine in 2014 in a move that has not been recognised internationally.

While Moscow claims the peninsula and its waters are Russian territory, the UK says HMS Defender was passing through Ukrainian waters in a commonly used and internationally recognised transit route. 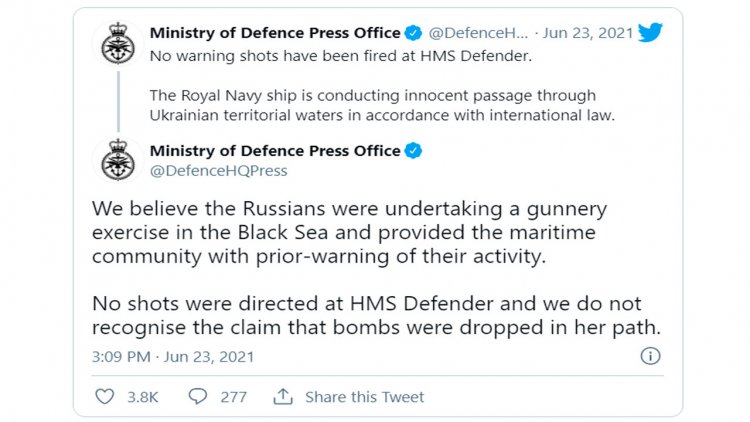 A source told BBC diplomatic correspondent James Landale that the Defender was not there to pick a fight but to make a point - to assert its right to freedom of navigation in international waters.

Russia's defence ministry said the "dangerous actions" of the navy ship entering its waters were a "gross violation" of the UN Convention's sea laws, and called for the crew to be investigated.

But a UK government spokesman played down any notion of hostilities, insisting that Russia was doing "gunnery exercises" in the Black Sea. 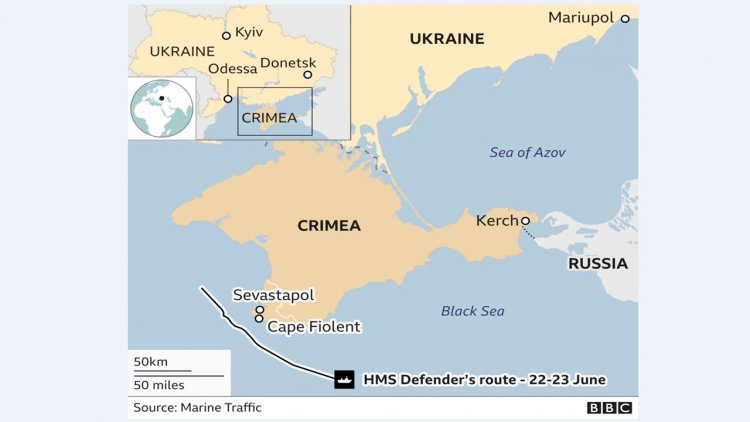