Two tugs are to be delivered to the major Canadian naval base in Esquimalt, British Columbia, and two more to the base in Halifax, Nova Scotia. 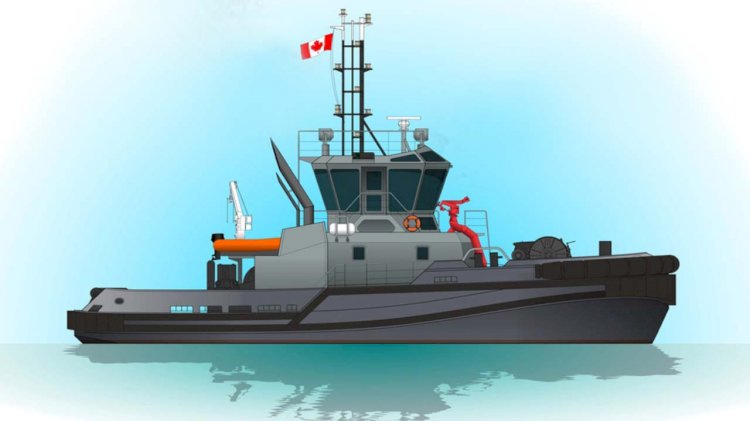 The Royal Canadian Navy has placed an order with the shipyard Ocean Industries Inc. in Quebec for new ship handling tugs equipped with rudderpropellers from SCHOTTEL.

Two tugs are to be delivered to the major Canadian naval base in Esquimalt, British Columbia, and two more to the base in Halifax, Nova Scotia.

Each of the four ASD tugs will feature two SCHOTTEL Rudderpropellers type SRP 430 FP (1,860 kW each) with fixed pitch propellers measuring 2.40 m in diameter. The azimuth thrusters will be driven by diesel engines. This configuration will achieve an expected bollard pull of 60 tonnes and a free running speed of approximately 12 knots. Known as the Naval Large Tug (NLT) project, the new IMO Tier III vessels are based on the Robert Allan Ltd. RAmparts 2400 design.

The principal characteristics of the SRP derive from the combination of propulsion and azimuth steering. There is consequently no need for a rudder, and the engine power is optimally converted into thrust. The 360° rotation of the rudderpropeller means that the full input power is available for manoeuvring.

These new tugs will provide towing, firefighting and other critical support services to both the Atlantic and Pacific Maritime Forces. Each tug will have an LOA of 24.4 metres, a moulded beam of 11.25 metres and a draught of 5.40 metres along with space for a crew of six. The vessels will also have a secondary firefighting capability.