Research: Deep-sea biodiversity influenced by ‘hidden’ waves within the ocean 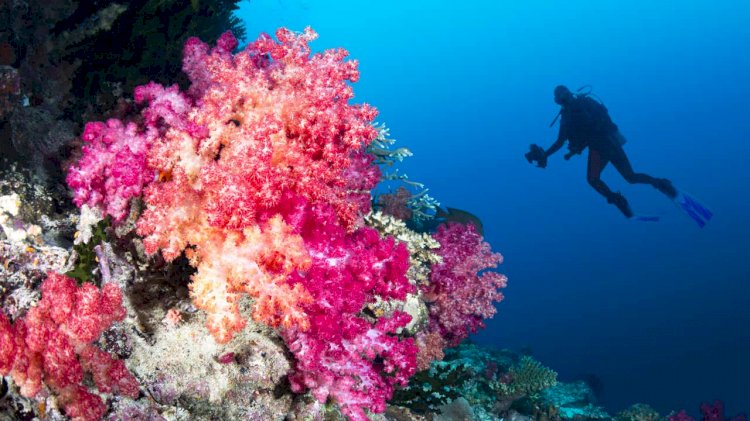 New research from the National Oceanography Centre (NOC) shows that biodiversity and cold-water coral presence in deep-sea canyons are linked to elevated current speeds and canyon topography. The study also shows that excluding information about deep-sea currents and waves from predictive models could lead to misjudgement of coral distributions.

The research focuses on the Whittard Canyon, a large canyon system in the Bay of Biscay that encompasses the UK’s only deep-sea marine conservation zone. The canyon is regarded as a biodiversity hotspot that supports the growth of cold-water corals, which don’t need light and can live at hundreds of meters water depth. The coral reefs can be thousands of years old and are under threat from fishing and climate change.

During a series of research expeditions to the canyon, the team used NOC’s Remotely Operated Vehicle (ROV) Isis together with a Seaglider to understand the role of internal waves in influencing species distributions. In contrast to surface waves, internal waves occur within the ocean and form when there is a disturbance between layers of different density that the water column tries to counteract, forming an oscillation or ‘wave’.

Tabitha Pearman, a PhD student from the NOC and the University of Southampton who led this research explains:

“Most deep-sea animals rely on food particles that have sunk from the surface waters. When internal waves come into contact with the walls of the canyon it can result in elevated current speeds, with waves breaking or reflecting, much like on a beach. These processes re-suspend and concentrate the food particles upon which the corals and other species feed, and these are the same areas where we see an increased number of species, particularly cold-water corals”.

Tabitha further commented, ‘These findings are important because they show that biodiversity predictions excluding data on internal waves may have misjudged the extent of cold-water coral occurrence in canyons, which has impacts for management’.

The team plan to revisit the canyon next year, and are conducting further research into how internal waves shape deep-sea environments.