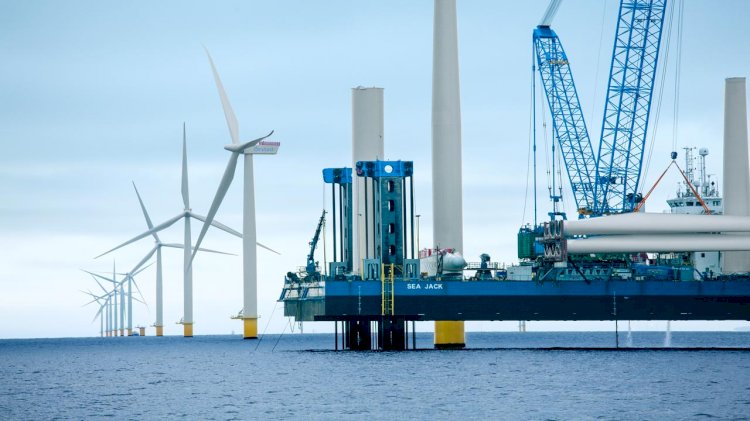 Renewable energy company Ørsted sets out to work with its suppliers to decarbonise the supply chain by 2040.

Companies will have to cut emissions faster and further across their operations and supply chains if the world is to limit global warming to 1.5°C by reaching net-zero emissions in 2050. Ørsted, one of the world's largest renewable energy companies and recently named the most sustainable company in the world, has announced that it will be carbon neutral by 2025 and will reach net-zero emissions across the company's entire carbon footprint by 2040.

"It'll be challenging to reach a carbon neutral footprint by 2040, and it'll require significant innovation in all parts of our supply chain. Many of the green technologies to be used to decarbonise our supply chain exist but they're not yet cost competitive. With the 2040 target, we want to help drive the necessary innovation forward to mature the green technologies in the industries that supply to us."

As Ørsted phases out trading of natural gas and accelerates the build-out of renewables, supply chain emissions will increasingly come into focus, the company outlines in its 2019 Sustainability Report.

To decarbonise the supply chain, Ørsted is now launching a programme with the aim of engaging its strategic suppliers in the most carbon-intensive categories of the Ørsted supply chain: the manufacture of wind turbines, foundations, substations and cables. These are produced using steel, aluminium and copper, among other materials, which are energy intensive to extract and manufacture. The second largest source of supply chain emissions is the fossil fuels used by the maritime vessels that transport and install offshore wind components.

"Reducing emissions in the renewable energy supply chain is a significant task. Businesses will need to collaborate across supply chains to cut emissions at the pace and scale demanded by science. We now reach out to our industry-leading suppliers to join forces to accelerate the global green transformation."

In its supplier engagement programme, Ørsted will ask its strategic suppliers to:

Ørsted has more than 22,000 suppliers, with strategic suppliers constituting 50% of the company's total procurement spend. Ørsted will also encourage its remaining suppliers to reduce the carbon impact of their goods and services and is strengthening the sustainability criteria in the company's procurement tenders.

Ørsted's carbon emission reduction targets are science-based targets approved by the non-profit Science-Based Targets initiative (SBTi). The SBTi has validated Ørsted's targets and classified them as more ambitious than a well below 2°C trajectory. Moreover, the initiative has preliminarily concluded that Ørsted's targets align with 1.5°C, with SBTi's methodology to assess this alignment to be launched later in 2020.

DEME successfully installed two of three OSP for the Moray...

On September 17, 2020, the launching ceremony for Antarctic Provider project was...

Visser & Smit Hanab, a 100% subsidiary of VolkerWessels, has officially handed over...

Coronavirus: ITF and ICS calls on global agencies to keep...