«In strong competition with leading players, Techano received orders for winches for net handling, chain jacks and a boat slip for the fish food barge.»

With this, Techano confirms its world-leading position as a supplier of advanced cargo handling equipment in offshore aquaculture, a growing and important market for the future. The order goes into the series of several major orders to the Offshore aquaculture industry.

Techano recently delivered rail mounted service units (RMSU) with several cranes per unit (cargo rail cranes) to the Nordlaks project Havfarm 1, which is under construction at the Chinese yard CIMC Raffles, Yantai. The yard is very satisfied that the delivery was delivered without problems and on time.

«It is very nice to see that our targeted commitment to offshore aquaculture and fisheries over the years has borne fruit. We bring our high level of expertise from the offshore oil&gas industry into these new industries making them both safer and more efficient.» 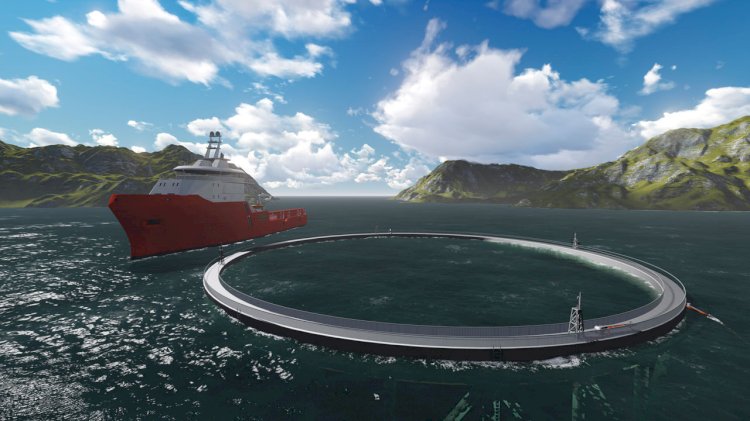 With cutting-edge technology, Norway Royal Salmon will build semi-submersible offshore fish farms, designed for very harsh offshore areas. The first plant will be located outside Troms and fish are planned in the cages during the autumn 2020. By moving the plant out of the fjords, both better area utilization of Norwegian waters as well as a significantly smaller environmental footprint is achieved. AOF will be completed at Fosen shipyard outside Trondheim.

Klaveness' CLEANBU made the first switch from wet to dry cargo

The vessel, to be named "Les Alizés", will be equipped with a full SCHOTTEL propulsion...

Tallink’s Riga-Stockholm route vessels Isabelle and Romantika have been suspended...