Lineage Logistics to expand at Port of New Orleans 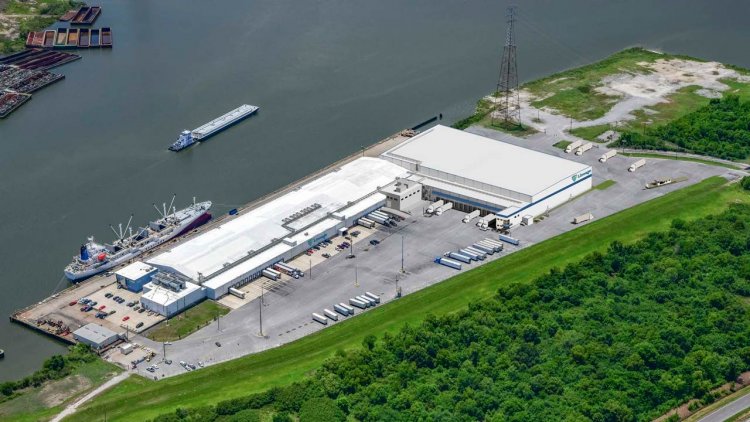 One of two major Lineage facilities at the Port of New Orleans, the cold-storage complex at Jourdan Road along the Inner Harbor Navigation Canal will grow from 160,000 square feet to 304,000 square feet.

The company will retain 188 existing Louisiana jobs with the new project, while creating an estimated 50 new direct maritime and warehousing jobs with an expected average annual pay of $61,000, plus benefits. Louisiana Economic Development estimates the project will result in an additional 56 new indirect jobs, for a total of more than 100 new permanent jobs in the region.

Shipments from the existing and expanding cold-storage facilities of Lineage Logistics draw upon multiple Louisiana poultry producers, including hatcheries, feed mills, broiler complexes and processing plants. In 2020, Lineage facilities in New Orleans partnered with the Port of New Orleans to export 380,000 tons of poultry to global markets. The expansion will support imports of fresh produce as well.

Lineage represents the largest network of temperature-controlled warehouses globally, with more than 340 strategically located facilities offering over 2.1 billion cubic feet of capacity and spanning 15 countries across North America, Europe, Asia, Australia, New Zealand and South America. In New Orleans, the company operates two cold-storage and blast-freeze facilities that have the capacity to blast-freeze 2.8 million pounds of product to zero degrees in 24 hours.

“Port NOLA is elated to see this project move forward. Poultry exports have traditionally been a strong segment of our cargo portfolio and, due to worldwide demand, we see poultry and other temperature-sensitive cargoes as critical to Port NOLA’s future.”

In 2020, Lineage acquired New Orleans Cold Storage as part of its acquisition of Emergent Cold. The port and New Orleans Cold Storage opened a new 140,000-square-foot, blast-freeze facility in 2012 at the Henry Clay Avenue Wharf upriver, adding 1.25 million pounds of daily blast-freeze capacity and 38 million pounds of storage capacity for frozen goods. That capacity is in addition to the Jourdan Road site.

Commissioner Mike Strain of the Louisiana Department of Agriculture and Forestry, said:

Lineage’s expansion project, which will generate an estimated 150 construction jobs, is projected to be complete in the second quarter of 2022, and the company will begin hiring for its new jobs in early 2022.