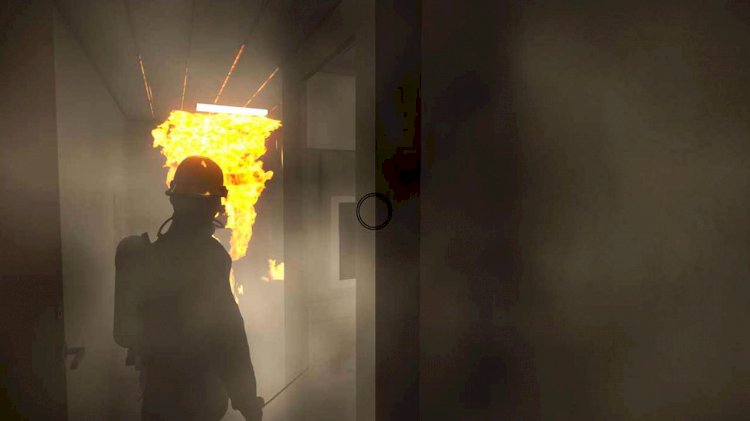 Kongsberg Digital (KDI) has announced that it has just been awarded its first K-Sim Safety simulator contract with the Norwegian Sea Rescue Society (NSRS). Under the terms of the agreement, KDI has committed to deliver a brand-new, cutting-edge K-Sim Safety Advanced Fire Fighting Simulator (AFFS) to the NSRS for installation in its Horten-based training center in Norway. As a long-term customer, the new simulator joins several KONGSBERG simulators already being used to train NSRS personnel.

The full-mission K-Sim Safety AFFS is a new simulator solution designed in accordance with the objectives and stipulations of STCW Advanced Firefighting courses. Specifically, it addresses regulation VI/3, section A-VI/3, table A-VI/3-1, which covers methods of organizing and training fire teams, inspecting and servicing fire detection and extinguishing systems and equipment, and controlling onboard firefighting operations.

As a realistic representation of the layout on a real crude oil carrier, the simulator’s interactive 3D ‘WalkThrough’ software engine combines precise object and equipment models with immersive visuals, exposing trainees to all conceivable scenarios and situations related to preventing and dealing with onboard fires.

The full mission K-Sim Safety AFFS accommodates an instructor station, a debrief area, a bridge/safety command center, two fire team muster stations and two smoke diver areas. Up to three separate teams – usually, a management team and two firefighting teams – can be trained at the same time. In exercises designed to replicate onboard emergencies, the management team (typically consisting of the captain, chief engineer and chief officer) will be expected to assemble at the bridge/safety command center, from where their priority will be to manage firefighting operations by communicating with the other internal teams and conducting external communications via radio.

The management team can oversee how the fire teams are handling the emergency situation as the bridge/safety command center is equipped with an Integrated Automation System (IAS) and safety panels, while recording, replaying and detailed debriefing tools will allow teams to evaluate how effective their decision-making and consequent plan of action has been in each exercise.

“We’re very proud of the fact that our K-Sim Safety AFFS is the first in the world to attain a DNV-GL certification. which speaks volumes about the quality of training it provides. Being commissioned to deliver this solution to the NSSR is of course another resounding vote of confidence for KONGSBERG, but more importantly, the AFFS’ contribution to the prevention and containment of shipboard fires in the future will be invaluable.”

“Where hands-on, onboard fire control and safety training would up to present have been costly, time-consuming and potentially hazardous, KONGSBERG’s K-Sim Safety simulators have ushered in a new era whereby trainee officers can attain mandatory advanced firefighting competence and confidence in conditions of total safety.”

Two of the world’s largest owners/operators of product tankers, NORDEN and Diamond...

ABB increases remote support for ships during the COVID-19...