The vessel will be operated on a number of routes, including serving the North Sea-islands Borkum and Helgoland. 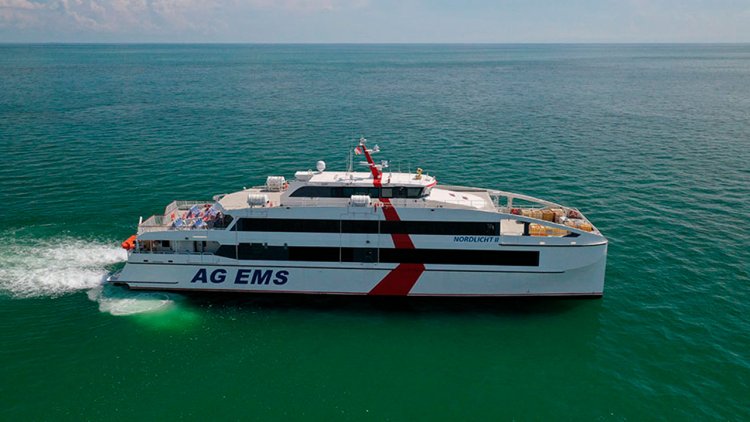 Built by Penguin's wholly-owned subsidiary in Batam, PT. Kim Seah Shipyard Indonesia, the ferry is based on the Incat Crowther 46 design, the largest vessel from the drawing boards of Incat Crowther’s Europe office.

Nordlicht II is the product of a highly efficient consultative process whereby Incat Crowther initially supported the client AG EMS to develop a vessel specific to their own operating requirements. This process included discussions on the propulsion plant and motion damping system along with extensive discussions on the internal arrangement and outfitting of the vessel.

The aim and successful outcome of this process is to ensure that AG EMS have a vessel that meets their exacting requirements and standards. With an agreed design, Incat Crowther held an international tender for the construction of the vessel, ensuring that AG EMS received directly comparable quotations for the build of the vessel and simplified the selection of the most suitable shipyard.

Penguin was selected through this rigorous tender process. 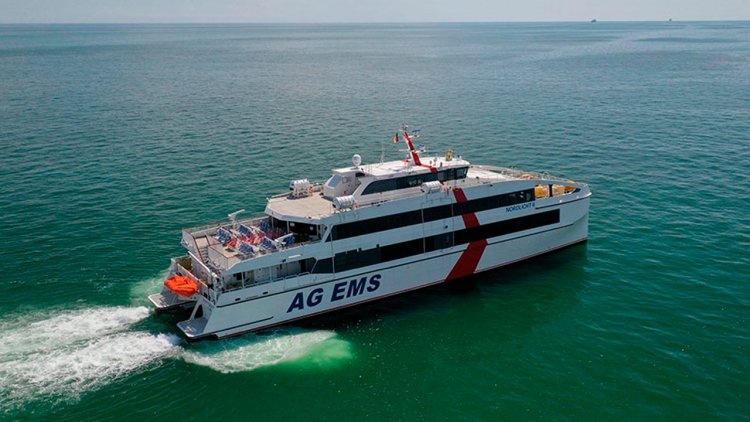 Nordlicht II is capable of carrying up to 450 passengers, with an additional 52 exterior passengers seats and tables. The main deck consists of 248 economy class passengers with a large kiosk and racks for small luggage items. Aft the main passenger lounge is a large dedicated luggage room and aft of this is a section of crew accommodation.

The upper deck is divided into two cabins, a 111-passenger cabin amidships and a business class cabin for 96 passengers forward, with views over the foredeck, as well as discreet boarding facilities. The two passenger decks are linked by both an open stairwell and an elevator. The third deck houses the wheelhouse, a crew mess and senior crew cabins.

Nordlicht II is powered by twin MAN 175D main engines, each producing 2960 kW, the first use of these new modern engines in a high-speed ferry She has a top speed of in excess of 36 knots and a service speed of 33 knots.

Designed for the prevailing conditions of the route, Nordlicht II features a high bow and possesses excellent seakeeping characteristics with a motion damping system consisting of T-foils and interceptors provided by Naiad.

Incat Crowther's contribution to Nordlicht II demonstrates the firm’s position as the ideal shipbuilding partner, providing support from initial concept through to commissioning. 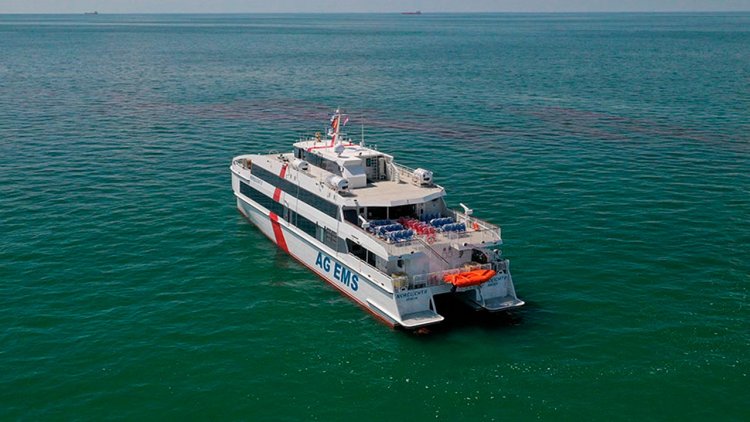