Groundbreaking Maersk methanol vessels to be built to ABS Class

The vessels will be built by Hyundai Heavy Industries and have a nominal capacity of approximately 16,000 containers. 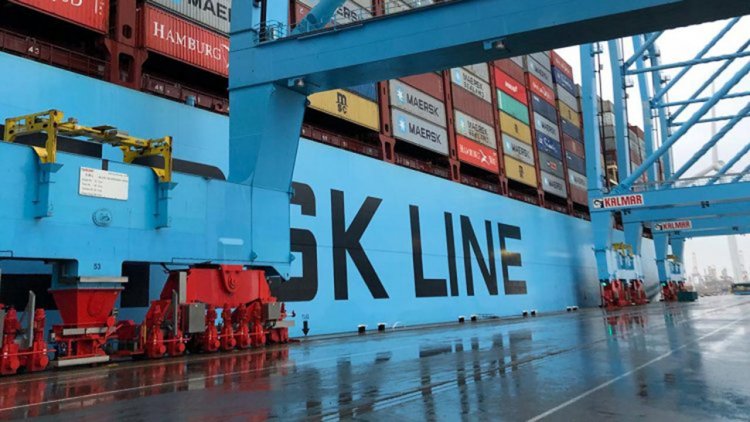 A groundbreaking series of eight large container vessels capable of being operated on carbon-neutral methanol ordered by Maersk, along with an option for a further four vessels, are to be built to ABS Class.

The announcement underlines ABS' leadership in sustainably fueled vessels, building on a series of recent alternative fuel newbuild orders, including Maersk's feeder vessel with dual engine technology enabling it to sail on either methanol or traditional very low sulphur fuel, which is now under construction to ABS Class.

"Sustainable global trade is an urgent priority not just for our industry, but the entire world and this landmark project starts to make this dream a reality. As a leader in the application of sustainable fuels in shipping, ABS is proud to be able to use our experience to support it."

"More than anything, decarbonizing shipping requires collaboration and innovation across the ecosystem, so I am pleased to have ABS and its leading expertise with us on this journey. Our methanol-fueled vessels will play a significant role in reaching our commitment of 60 percent CO₂ fleet reduction by 2030 compared to 2008 levels. They will also be a proving ground where we learn how to bunker and operate carbon neutral vessels safely, efficiently and reliably, so we can continue building momentum towards carbon neutrality in 2050."

The vessels will be built by Hyundai Heavy Industries and have a nominal capacity of approximately 16,000 containers. The series will replace older vessels, generating annual CO2 emissions savings of around 1 million tons and offer customers carbon-neutral transportation at scale.

Corvus Energy and Sanmar to develop a new range of zero-emission...