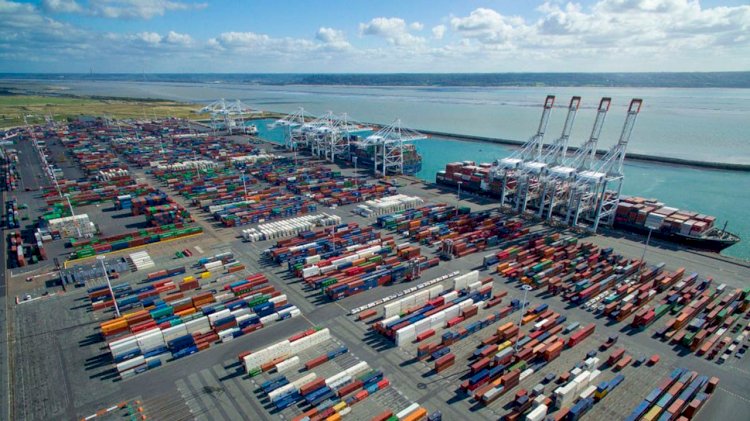 The joint venture between DP World, the leading enabler of global trade and the France-based international container operator Terminal Link - PortSynergy Group (GMP) - has been awarded the service concession for the construction and operation of berths 11 and 12 at Port 2000 in Le Havre.

The terminals of Port 2000 in Le Havre are trade-enabling gateways for cargo entering the French consumer markets. Recognising the strategic importance of Port 2000, GMP has been an early supporter of port development and looks to grow its partnership with the Port of Le Havre by developing the terminal further. GMP will now invest in two new container berths spanning across 700 metres.

The favourable decision by the Supervisory Board of the Port of Le Havre will allow GMP to strengthen its presence in France, at the same time supporting the economic growth of the region. In 2018, GMP posted market-leading growth of 11% compared to 2017, representing more than 55% of market share through its two terminals (Terminal de France and North Terminals).

The new terminal represents an additional operational capacity of 1 million TEUs and will include a 700-meter-long quay and a 42-hectare site. The concession agreement is for a term of 34 years, including two years of studies and design, two years of civil engineering work and 30 years of operation. GMP will make significant investments in the development of this new terminal, modernising it to better support trade growth.

The new berths are envisaged to include new state-of-the-art equipment to service large container vessels, creating a terminal with smarter trade-enabling solutions to increase productivity and greatly enhance its service capability and quality including a 35-hectares stacking area, a direct rail access into the hinterland and a 7-hectare area dedicated to buildings and operating infrastructures.

"The signing marks a new chapter in our partnership with the Port of Le Havre. The addition of the two new berths will enable us to secure more volume and provide high-efficiency services. As a major hub port, the expansion in the terminal will facilitate the capture of more volume from the trade, benefitting from the momentum that has built in the region.

We aim to enable smarter trade and create a much stronger economic engine for the national and regional market. By investing further in the terminal, GMP is driving economic development for the region and generating career opportunities for the local population."

LR and Maersk: achieving net zero is an ‘OPEX not a CAPEX...