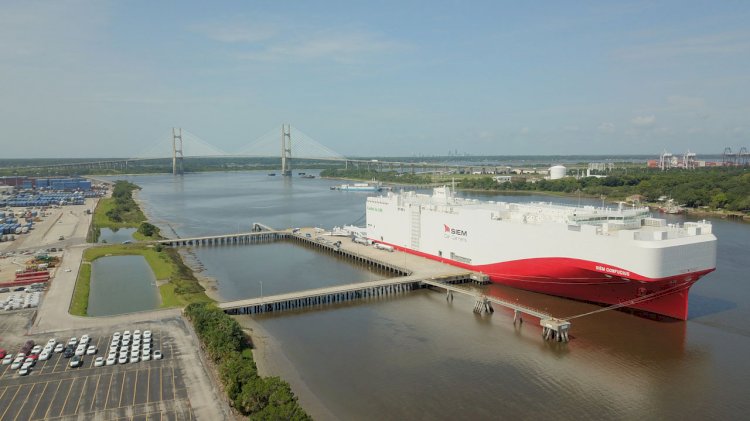 The vessel arrived at JAXPORT from Veracruz, Mexico and unloaded factory-new Volkswagen Group of America cars and SUVs at the port’s Blount Island Marine Terminal during its maiden voyage to the United States.

“Siem Confucius and its sister ship, Siem Aristotle, are among the most modern and eco-friendly ships serving the automotive industry today. By investing in world-class technology and maintaining a modern and efficient fleet, we are able to reduce emissions and our overall carbon footprint, while delivering the world-class service our customers have come to expect from Siem.” 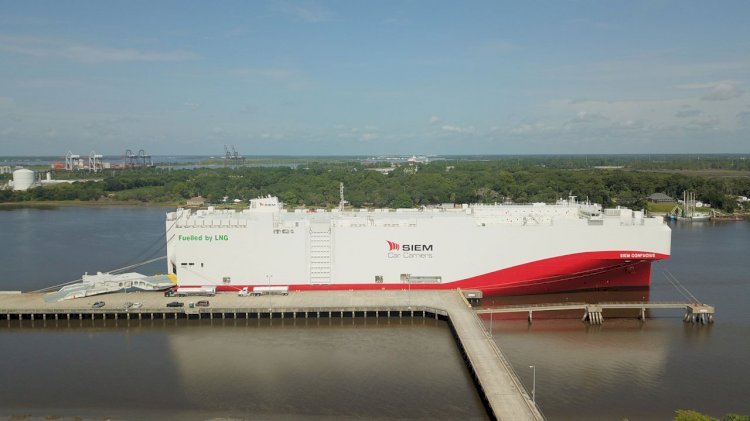 “Northeast Florida is a global leader in the use of LNG as a preferred fuel type for the maritime industry. Some of the world’s most environmentally friendly vessels call JAXPORT and we are proud to support these initiatives and do our part to make the supply chain cleaner and greener for the communities we serve.”

Jacksonville is the nation’s No. 2 vehicle-handling port and the only U.S. East Coast port offering on-dock and near-dock LNG fueling capabilities.

Four LNG-powered vessels are homeported at JAXPORT. Three LNG production and storage facilities operate in Northeast Florida, and a fourth facility is currently under construction. 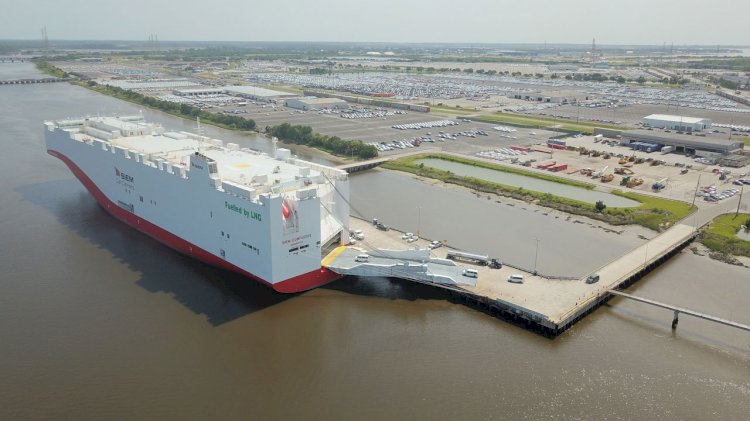 CMA CGM adds a new call in Taranto (Italy) on the TURMED service.