F-drones has completed the first commercial BVLOS drone delivery in Singapore on 19 April 2020. 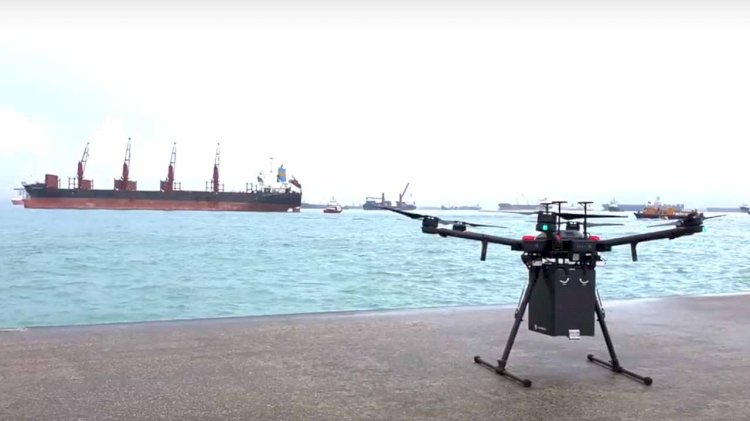 The drone delivered 2 kg of vitamins over 2.7 km in 7 minutes, to a ship managed by Eastern Pacific Shipping (EPS). EPS, which is one of the world’s largest privately-owned ship managers, is F-drones’ first paying customer.

In Singapore, like in most parts of the world, a BVLOS authorisation or permit is required when operating drones beyond the visual range of drone pilots. Without which, commercial drone delivery services would not be viable.

Started little more than a year ago, F-drones is a home-grown startup developing large-scale delivery drones which are fully electric and autonomous. Their goal is to eventually use their proprietary drones, which would be able to send 100kg loads over 100km to ships and offshore platforms. This would help alleviate the pain of sending supplies in marine & offshore applications, which rely on small boats and helicopters.

“These traditional means of transport are expensive, slow, labour and carbon intensive. F-drones’ solutions can help save up to 80% of the costs, time and CO2 emissions. Besides being efficient, delivery drones can also reduce unnecessary human contact amid the COVID-19 pandemic.”

For now, F-drones is using an off-the-shelf drone which can only deliver 5kg loads over 5km. Its CTO, Yeshwanth Reddy, says this is “one of the best drones we can buy off the market”. He adds “as the marine & offshore industry requires much bigger loads to be sent over longer distances, F-drones is innovating on the aircraft at a systems-level.”

F-drones plans to complete the development of its 100kg-100km drone in the second half of 2021. Its latest prototype, which is its third, named as Hyperlaunch, would be able to deliver 5kg loads over 50km to ships. F-drones will be starting commercial operations using Hyperlaunch towards the end of 2020, after more tests and improvements. Hyperlaunch in itself is already an attractive product for the shipping industry. 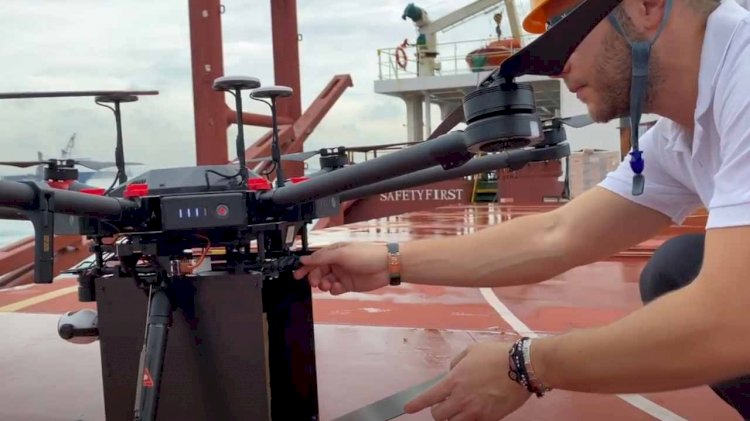 "EPS has been part of F-drones' test deliveries since November 2019, when they joined the Eastern Pacific Accelerator powered by Techstars. We believe their solutions will play a significant role in reducing shipping's overall carbon footprint. The successful BVLOS delivery is a milestone event, and we are extremely proud to be part of their journey."

“We are excited to work with F-drones to develop drone technology with the aim to conduct remote delivery of small packages and emergency deliveries to vessels. Amidst the COVID-19 pandemic, drones can potentially help to reduce human contact during deliveries. We are glad to be part of this development and are looking forward to the first commercial drone deliveries to our vessels.”

Indeed, drones have proven to be of great value in dealing with COVID-19 around the world. F-drones’ BVLOS authorisation is certainly timely, allowing it to commence commercial deliveries at a time when human contact needs to be reduced. 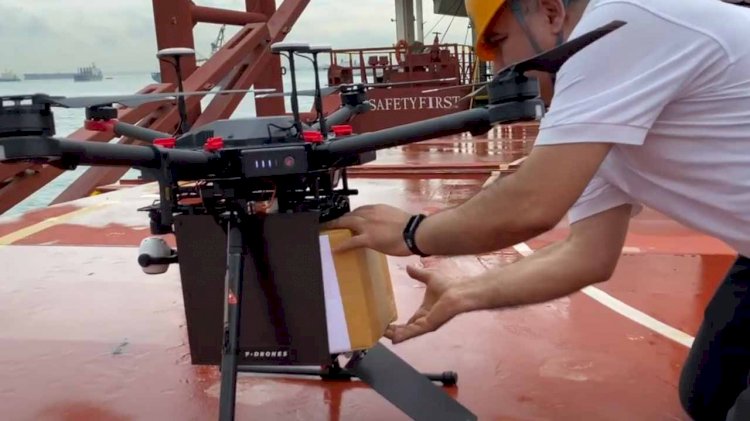 MOL and DSME join forces to develop an Environmental Friendly...