Equinor and ESVAGT have extended their cooperation with a 5-year contract extension for the vessel ‘Esvagt Njord’ at Dudgeon Offshore Wind Farm. The extension runs until 2026. 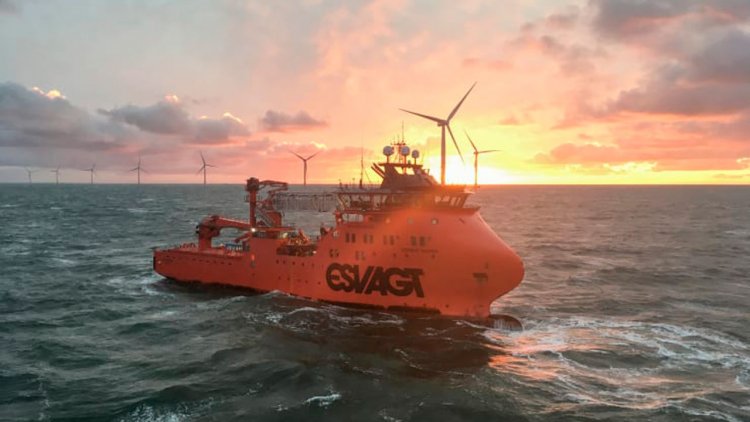 Equinor and ESVAGT will continue the good collaboration at Dudgeon Offshore Wind Farm off Great Yarmouth on the English east coast, where the SOV (Service Operation Vessel) ‘Esvagt Njord’ has been servicing Equinor since the autumn of 2016.

Equinor have just agreed to extend the contract on ‘Esvagt Njord’ by another five years until the end of 2026.

‘We have a very well-functioning operation on the 'Esvagt Njord', where ESVAGT's crew and Equinor's technicians work as one team, co-operating together excellently. We have a high level of safety performance, compliance and a proactive attitude towards all HSE matters. We have performed well with regards to technical and maintenance performance, ensuring uninterrupted operations for Dudgeon Offshore Wind Farm.’

‘Esvagt Njord’ was the third specially built SOV dedicated to offshore wind farms in ESVAGT's fleet when she arrived as a newbuild in the autumn of 2016. The vessel was the first SOV in the UK, when the contract was originally awarded.

Today, ESVAGT operates seven SOVs in the English, German, Dutch, Belgian and Danish sectors in the North Sea and the Baltic Sea, and the company will receive two further SOV newbuildings during 2021.

Søren Karas, Chief Commercial Officer at ESVAGT, is pleased that the SOV and ‘Esvagt Njord’ crew have delivered so strongly that a concept from 2016 is still in high demand in 2021:

‘When we initially entered into the first contract to service Dudgeon Offshore Wind Farm in 2016, ESVAGT had some experience in offshore wind, but it was still in its infancy. Now, through five years of good and productive collaboration at Dudgeon Offshore Wind Farm, we have documented our competencies with a strong performance. We look forward to building on our close and fruitful partnership with Equinor.’

Latvian innovative technologies enhance the competitiveness of the Port of Riga