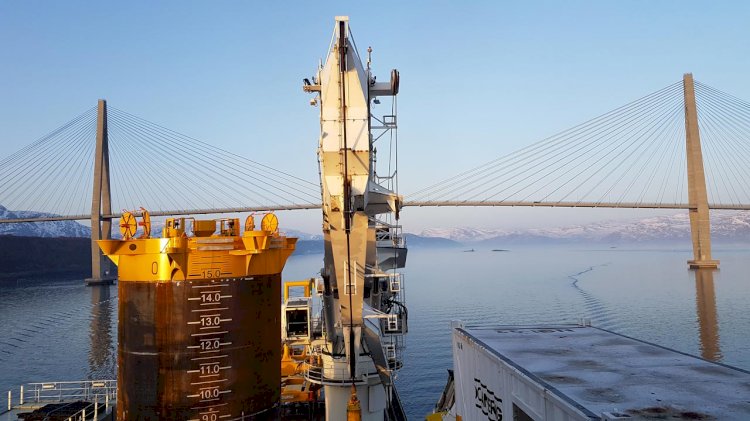 On 1 September Equinor and its partners started production from the Snefrid Nord gas field, the first discovery tied back to the Norwegian Sea Aasta Hansteen field. It also sets a new depth record on the Norwegian continental shelf (NCS).

Recoverable resources for Snefrid Nord are estimated at 4.4 billion standard cubic metres of gas (27,5 million barrels oil equivalents) and some condensate. This will extend plateau production from Aasta Hansteen by almost a year. On plateau Snefrid Nord will produce four million cubic metres of gas per day. Aasta Hansteen came on stream in December 2018. Together with the Polarled pipeline the field opened a new region in the Norwegian Sea for gas export to Europe. Less than a year later the first discovery is tied back to the field.

“Snefrid Nord has been delivered without any serious injuries, ahead of schedule and within the cost estimate.”

It cost around NOK 1.2 billion to develop Snefrid Nord. Originally the field was to start production at the end of 2019.

Snefrid Nord was discovered in 2015 and in 2017 the field development was sanctioned. The concept includes one well in a subsea template tied back to the Aasta Hansteen field by a pipeline and an umbilical.

“To a large extent the development has been performed in synergy with Aasta Hansteen. As the two projects have used several of the same suppliers, we have been able to combine campaigns and follow-up teams in Equinor and reuse technical solutions.”

“We are pleased to see that the Snefrid Nord project has led to ripple effects and activity on the Helgeland coast. This is important to us.”

Snefrid Nord is the first field to be tied back to Aasta Hansteen. With the infrastructure in place, more satellites may be developed in the area.

“There are several interesting prospects and discoveries around us. The new infrastructure makes it possible to develop them and more attractive to explore around the platform and along the pipeline. There is high exploration activity and several discoveries already in the area,”

says Kindem, and adds that she is confident that we can develop the deep-water pioneer in the Norwegian Sea into something much more than the fields currently on stream.