Once operational, the 145 MWac Cirata floating PV plant will be one of the largest of its kind in South East Asia. 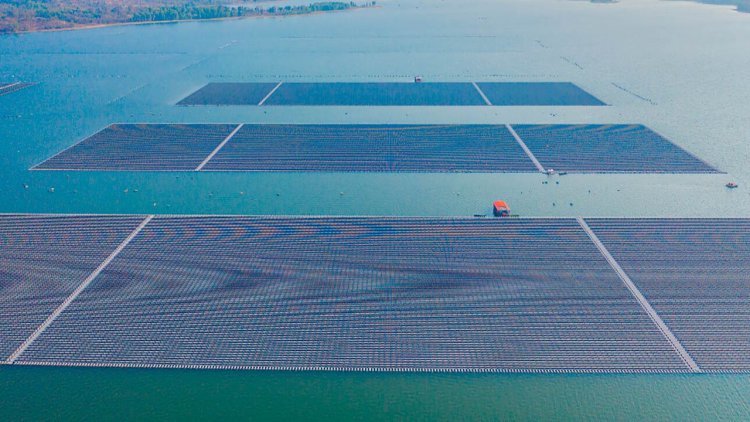 PMSE achieved financial close for the project on the 3rd of August after the satisfactory completion of the lender’s due diligence review. The senior debt of the floating solar project is being provided by Sumitomo Mitsui Banking Corporation, Societe Generale, and Standard Chartered Bank.

Once operational, the 145 MWac Cirata floating PV plant will be one of the largest of its kind in South East Asia. The region is already home to a number of large-scale floating PV systems including Vietnam’s 70 MW FPV system in Quang Thanh and Singapore’s 60 MW facility at Tengeh reservoir.

The Cirata floating PV project will have a plant capacity of 145 MWac. All power generated by the plant will be supplied and sold to PLN under a power purchase agreement (PPA).

“DNV is delighted to be supporting PMSE in developing Indonesia’s first floating solar PV project which is expected to pioneer significant uptake in the technology as the country shifts to low-carbon power generation solutions.”

”DNV’s experience in advising sponsors and lenders on floating PV, which is a relatively new technology, was a key differentiator and was instrumental in its selection as the lender’s technical advisor for the Cirata floating PV project.”

In addition to advising on 800 MW of installed floating PV capacity in Asia Pacific, including Singapore’s Tengeh reservoir project, DNV has been involved in a combined 2 GW of floating PV projects worldwide.

Initially considered a niche technology, floating PV is now the fastest-growing solar PV category, alongside ground-mounted utility-scale solar and rooftop PV. As of August 2020, over 60 countries have actively pursued the deployment of floating PV, with more than 35 installing an estimated 350 operational floating PV systems, equal to a total 2.6 GW of installed capacity.

For Indonesia, which has historically relied on coal, gas, geothermal and hydropower to produce electricity, the Cirata floating solar power plant is expected to pioneer significant growth in solar PV by demonstrating the technical and commercial feasibility of solar PV systems in the country.