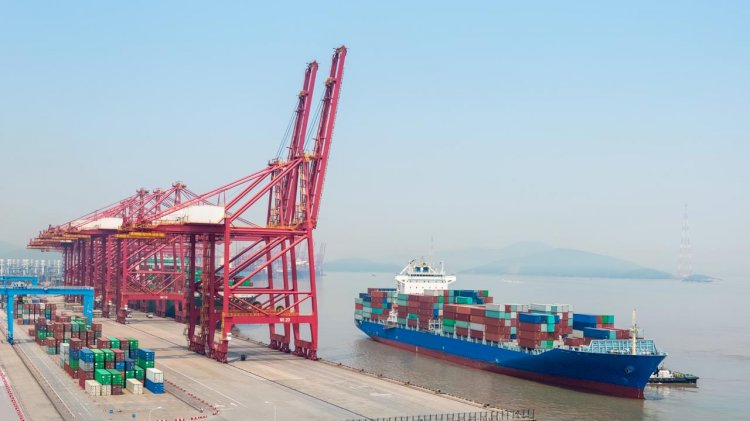 CSP Abu Dhabi Terminal, the first overseas greenfield project of COSCO SHIPPING Ports Limited (CSP), has announced the start of a direct, weekly service to several ports across Europe and the Indian Subcontinent.

Operating from Abu Dhabi Ports’ flagship deep-water port, Khalifa Port, where the terminal was established as part of a 35-year agreement with CSP, and serving as a regional base for COSCO SHIPPING Ports’ global network of 37 ports, the new direct service will be served by a fleet of eight vessels on rotation, ranging in capacity between 10,000 to 13,000 TEU.

Direct exports from Abu Dhabi to the ports of Rotterdam, Hamburg, London, Antwerp, and Le Havre, will consist primarily of polymers while returning vessels will carry a mix of general and project cargo imports. The ports of Karachi, Nhava Sheva, and Mundra will also benefit from the new service.

“More than a year on since CSP Abu Dhabi Terminal officially launched, we are now well-positioned to bring our direct service offering to a global audience. Our new services will significantly increase the movement of cargo exports and imports between Abu Dhabi, Europe and India, providing our customers with solutions to tackle their international shipment needs, as well as the opportunity to target new markets.” 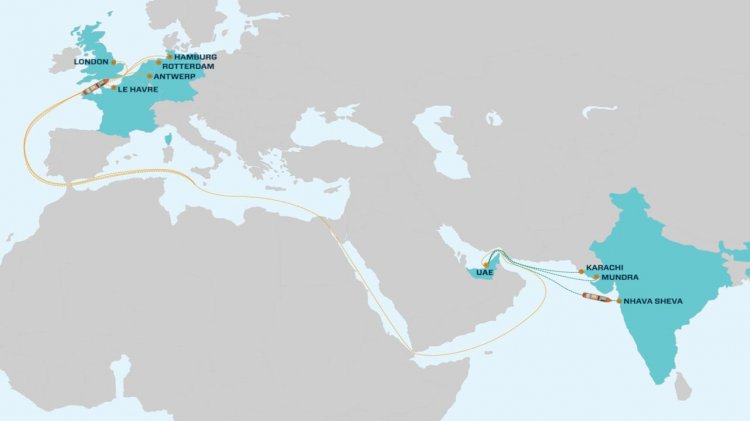 “This new dedicated service marks an important strategic step in Abu Dhabi Ports’ vision to transform Khalifa Port’s end-to-end logistics capability. The ability to connect with some of the world’s most important maritime hubs in Europe and the Northwest Indian Subcontinent will enhance Abu Dhabi’s reputation as a leading facilitator and enabler of global trade in the 21st century. Not only does this announcement bolster our existing partnership with COSCO SHIPPING Ports Limited (CSP), but it also ensures our other customers will be well positioned to broaden their horizons by engaging with new trading and logistics opportunities all around the world.”

Since its inception, CSP Abu Dhabi Terminal has facilitated the local manufacturing, warehousing, and logistics sectors to not only flourish within the emirate of Abu Dhabi, but to also expand their reach across markets in the Middle East, Africa, and beyond.

The direct services are expected to lend additional support to customers across the region and clients of the Khalifa Industrial Zone Abu Dhabi (KIZAD), providing faster transit and competitive rates for their import and export activities.With expectations that the new offering will increase CSP Abu Dhabi Terminal’s weekly handling of cargo, the development is also expected to help add more feeder services from CSP Abu Dhabi Terminal.

In April 2020, on the passing of the first anniversary of its soft launch, CSP Abu Dhabi Terminal’s AED 1.1 billion deep-water semi-automated container terminal marked several milestones including the handling of over 540,000 TEU.The close of April also saw the terminal achieve more than 1 million hours without lost-injury time (LTI), a feat that was realised thanks to CSP’s adoption of several global HSSE best practises including strong compliance with health and safety protocols within the working environment, and a drive to continuously improve safety performance across the entirety of the organisation.

AST and Proteum working together to develop a new telemetry...