Corvus Energy has announced that the sea trial of its new energy storage system—the Corvus Blue Whale ESS—took place in October and has been declared successful. 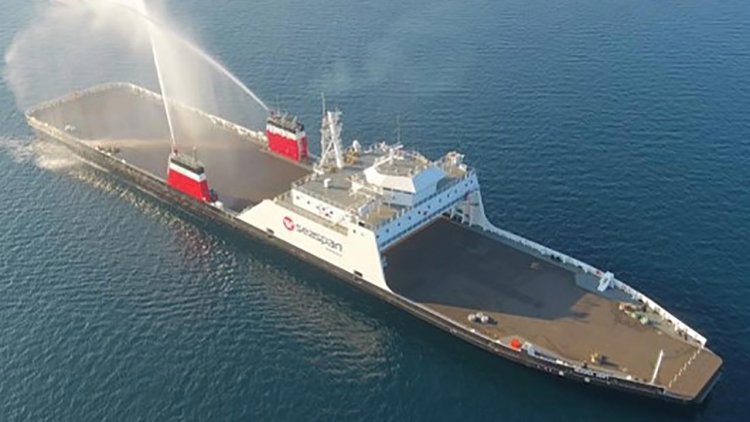 In 2018, Corvus Energy started a ground-breaking project to develop the next-generation energy storage system (ESS) for maritime applications. The process has focused on cost-effectiveness, scalability and safety, as well as flexibility and sustainability.

The first product in this series, the Corvus Blue Whale ESS, is designed for large installations and is now ready for delivery after successful sea trials on board Seaspan Reliant, a drop-trailer cargo ferry owned and operating by Seaspan Ferries Corporation (SFC). On October 15 and 16, SFC, Corvus Energy and integrator Elkon conducted tests of a suite of sea-trial requirements for the Corvus Blue Whale ESS, resulting in successful completion of customer acceptance testing (CAT).

The new Blue Whale battery, which replaces a battery with only a quarter of the upgraded energy capacity, will allow SFC to perform engine load optimizations, without sacrificing vessel speed, resulting in higher efficiency operations and minimizing the requirement of dual generator operations.

“During the sea trials, it was impressive to witness the advantages of this new technology by discharging the battery system to 3% capacity, while still outputting peak power to propel the vessel. We envision being able to operate on a single generator and using the battery system to maintain target speeds, which will reduce fuel costs and total engine hours. In addition, the 1.8 MWh capacity of the Reliant’s new system affords new modes of operations, such as powering the vessel by battery power only during port cargo exchanges.”

“Blue Whale is the result of an extensive, multi-million dollar development effort by our Vancouver R&D team. It leverages what the company has learned over the past decade about maritime energy storage requirements and validates market requirements and acceptance. Moreover, the new architecture is modular and flexible to suit not only Blue Whale, but an ever-expanding range of maritime energy storage applications in the future.”