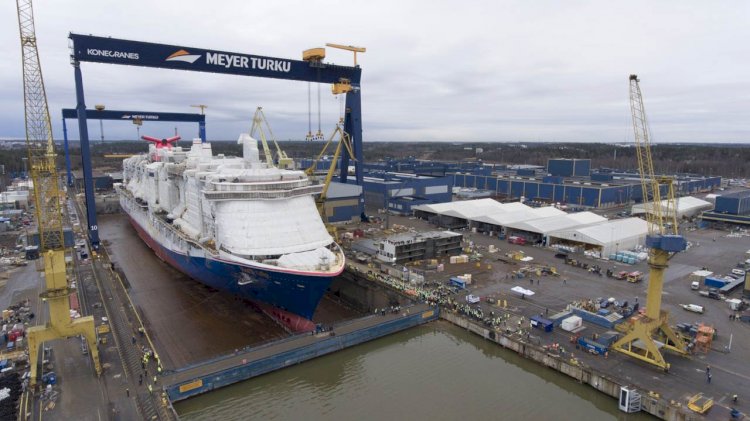 Carnival Cruise Line’s Mardi Gras was “floated out” at the Meyer Turku shipyard in Finland in anticipation of its debut later this year. The 180 000 GT cruise ship will be the largest one in the Carnival fleet after delivery later in 2020.

Following the float out, Mardi Gras was repositioned to a new location at the yard to finalize its interior and exterior outfitting, including the installation of BOLT, the first roller coaster at sea in the coming weeks, part of the Ultimate Playground outdoor recreation area.

The ship’s more than 2,600 staterooms, including 180 suites across 11 different categories, have been installed and workers will begin putting the finishing touches on these unique accommodations. 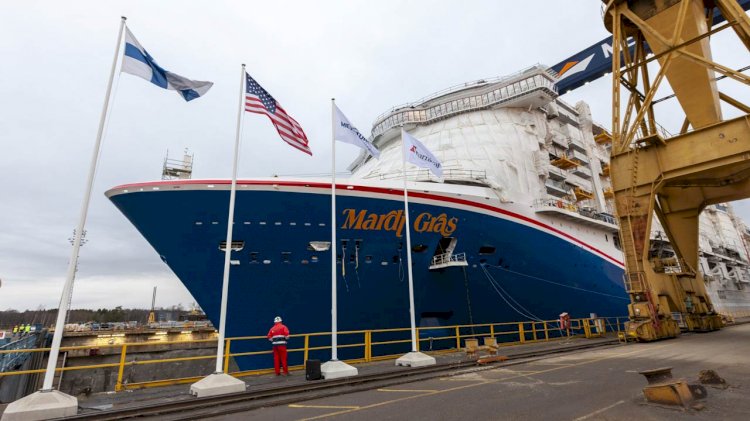 “We can’t wait for our guests to experience Mardi Gras, a one-of-a-kind ship that is true game changer and continues the evolution of the Carnival vacation experience.”

A cruise ship is always a result of cooperation by many parties. The ship yard’s own design office works with the ship owner architects to create a custom designed ship for the signature style of the Carnival brand – a totally new architectural design. Next almost 1000 specialized companies are engaged in providing materials and complex services to create the cruise ship at Turku Shipyard.

“We are building all the facilities a smart modern city would have: hospitals, IT-networks, restaurants and sophisticated environmental technologies, on a ship sailing the seas. It is a very difficult undertaking but also the end result is really spectacular.”

With the float-out Mardi Gras' six themed zones are also beginning to take shape with the interior build out of spaces like Emeril’s Bistro 1396 created by famed chef Emeril Lagasse and a groundbreaking new atrium concept with spectacular three-deck-high floor-to-ceiling windows and moveable LED screens. 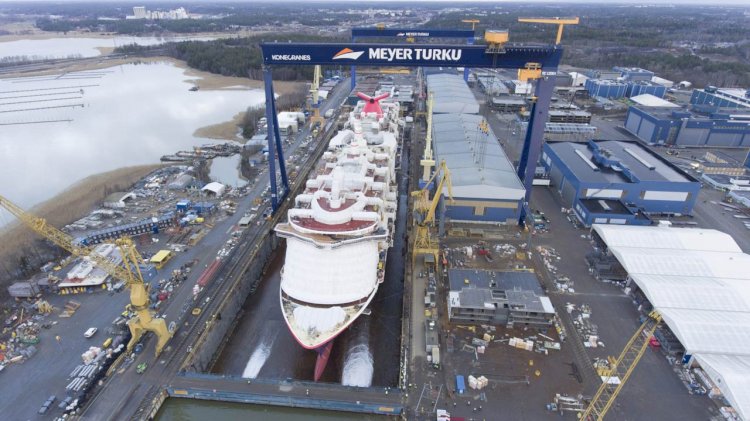 “I believe Mardi Gras will be a truly special ship. She will be the first to use our now proven LNG cruise ship propulsion system in North American markets and feature many other sophisticated technologies – including BOLT, the first roller coaster onboard a ship.”

Mardi Gras will be delivered in late October and Carnival has announced she will enter revenue service on Nov. 14, 2020 from Port Canaveral, Florida. 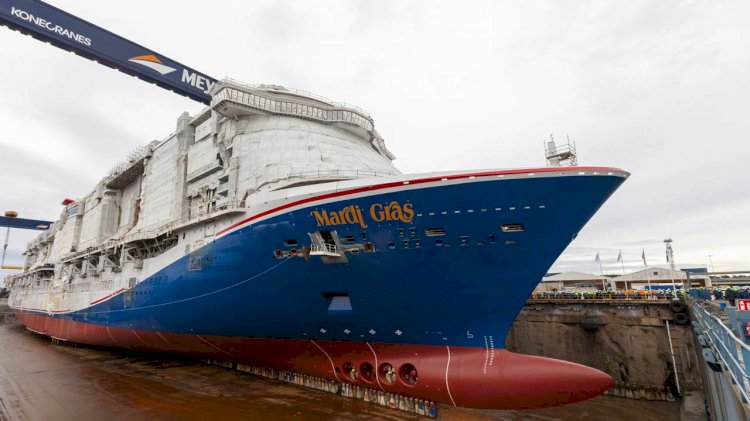 Costa extends pause for its cruises until August 15th 2020