The vehicle-passenger ferry, to be known as FSTR, is the largest aluminium vessel ever launched in the Philippines – and the largest by volume ever constructed by Austal.

The vessel is now in the final stages of fit out, prior to delivery to Fjord Line of Norway in the 2nd quarter of CY2020.

Austal Chief Executive Officer David Singleton said the launch of the ‘Auto Express 109’ catamaran was a significant milestone for Austal Philippines, as the first ship to be wholly constructed from the Balamban shipyard’s expanded production facilities, which were opened in July 2019.

We also have a 115 metre catamaran ferry scheduled for later this year – ensuring continuity of production at the Philippines shipyard well into the 2020s.” 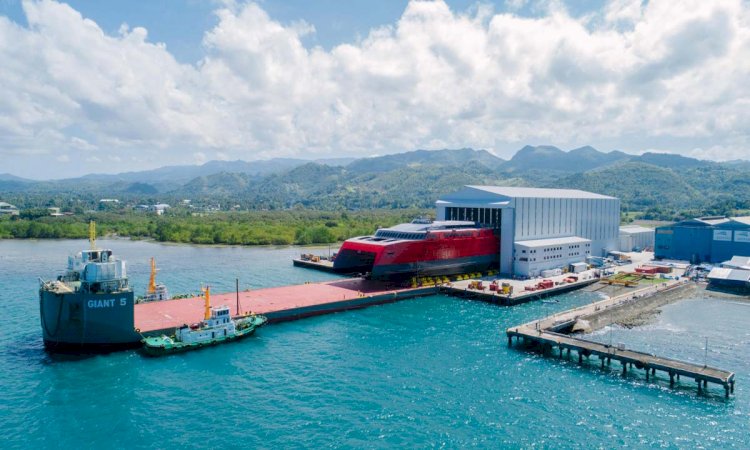 Hull 395, the ‘Banaderos Express’ for Fred. Olsen Express of the Canary Islands, is a 118 metre high-speed trimaran ferry and a sister ship to Bajamar Express, launched in Australia last week. Hull 423, a 115 metre high speed catamaran ferry to be known as Express 5, is a follow-up order from Molslinjen of Denmark and is scheduled to commence construction in Balamban in the third quarter of CY2020. 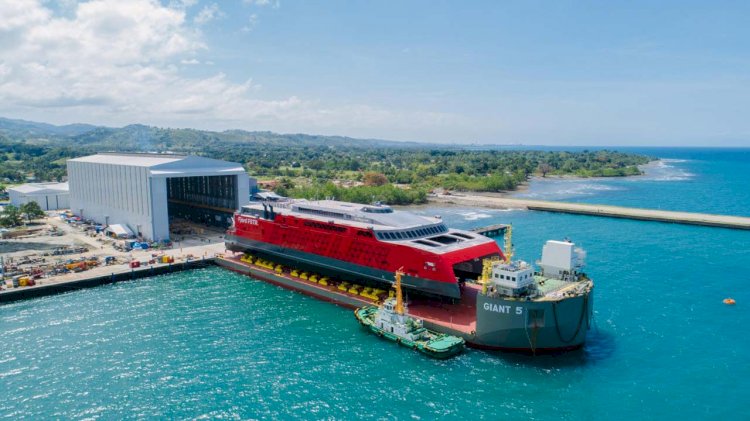 “I am exceptionally proud of the entire Austal Philippines team. The launch of Hull 419 from our newly expanded shipyard is a significant event that highlights our capability to deliver multiple projects concurrently – safely and cost effectively.”

Fjord Line’s FSTR (Hull 419) is capable of transporting 1,200 passengers at up to 40 knots and features Austal’s largest ever vehicle-carrying capacity constructed to date, with a beam of 30.5 metres enabling 404 cars to be carried across two decks. The ship features several key design innovations that enhance operating performance and passenger comfort, including a new, optimised hull form that will minimise fuel consumption and wake wash when operating on the Skagerrak Sea between Hirtshals, Denmark and Kristiansand, Norway. 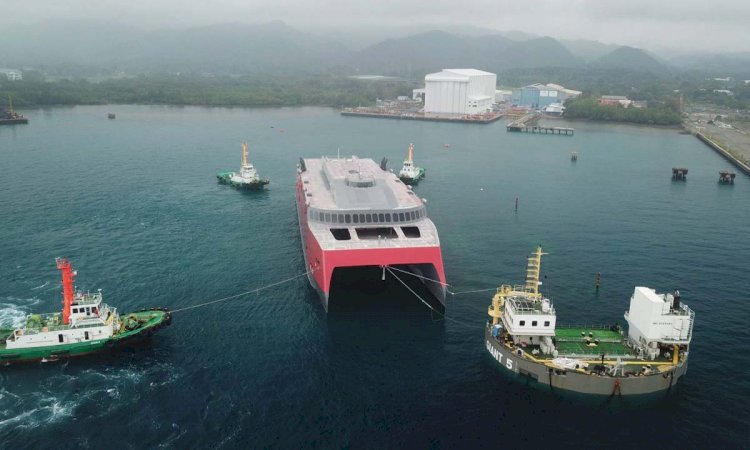