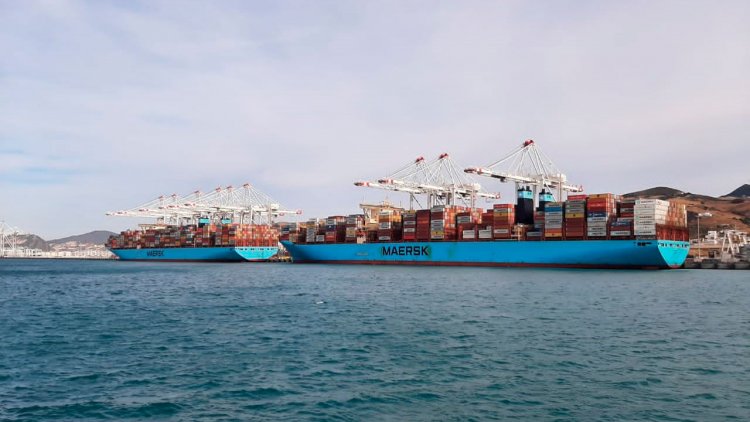 It now celebrates its next major development milestone by kicking off phase-2 of the development, which will add an extra 1 million TEU capacity to its footprint.

During phase 1, the terminal operated with a 1200 meter-long quay. To support the continued development of the terminal, APM Terminals MedPort Tangier's second phase of development will add an additional 400 meters, increasing the total quay length to 1600 meters. This will add an additional throughput capacity of 1 million containers to reach the previously announced overall capacity of 5 million TEUs.

This new investment is an important milestone in both Morocco and Maersk's long-term partnership and confirms its commitment to establishing a major transshipment hub in the Mediterranean.

Drones will be used to support control in the Antwerp port...

CARB to further curb exhaust emissions from ships in Californian...