ABS has awarded approval in principle (AIP) for a next-generation, highly efficient concept of a regasification system (Hi-ReGAS+) for FSRUs and floating LNG terminals 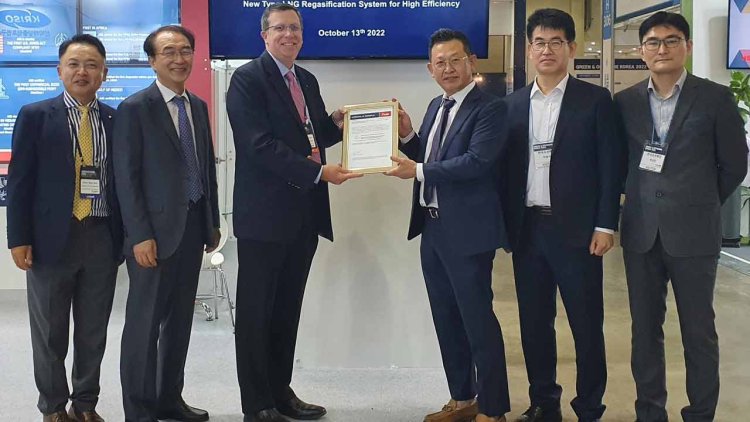 "We are proud to use our insight and experience to support HHI Group on such innovative projects. FSRUs are in high demand right now, and this new regasification system has the potential to reduce operational expenses while increasing the reliability of the unit – a win/win situation for all involved."

"LNG will be used as a core energy source in the low-carbon era, and reducing the energy required to use LNG is a core issue for meeting carbon regulations after 2030. Highly efficient systems such as Hi-ReGAS+ are new systems that meet this global trend. We will continue to cooperate in the development of environmentally friendly core technologies in the shipbuilding and marine fields."

The Hyundai Heavy Industries Group built a demonstration facility on a scale of 1/100 of an actual regasification system to verify the performance of the highly energ-efficient regasification system. Based on the experience accumulated through long-term operation of the demonstration facility, improvements were identified and applied to the design. After an analysis by ABS, an AIP for this ship class was obtained.