From hydrophones attached to buoys or autonomous vehicles, to a passive acoustic monitoring system, WHOI scientists and engineers have developed innovative methods to monitor marine mammals in real time. 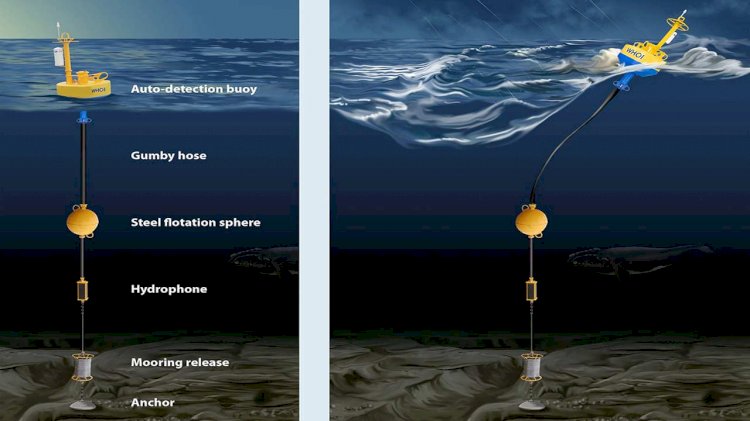 After a record-breaking string of North Atlantic right whale deaths in 2019, the birth of nine calves this winter signaled a little bit of hope for the critically endangered species. But in mid-January, a days-old right whale was severely injured by a ship propeller off the coast of Georgia—and it hasn’t been seen since.

For biologists at Woods Hole Oceanographic Institution (WHOI), losses such as these are not only tragic, they are preventable. From hydrophones attached to buoys or autonomous vehicles, to a passive acoustic monitoring system, WHOI scientists and engineers have developed innovative methods to monitor marine mammals in real time. The idea is simple: if authorities are aware of the presence of migrating whales, they will be able to tell ships to slow down, drastically reducing the likelihood of a fatality. Remote acoustic technologies can also alert scientists to a stranding event, buying critical time to save the animal’s life.

Hydrophones on mooring lines are able to detect whale sounds, but violent seas make it difficult to discern them from the sound of rushing water. To solve the problem, WHOI engineers designed a two-tiered mooring line, separated by a steel flotation sphere. In rough seas (right panel), the tough, stretchy “Gumby hose” on top acts like a bungee cord, absorbing the tension of the surface buoy. The bottom line is decoupled from the movements of the top line; it remains a stable, quiet platform for the hydrophone. 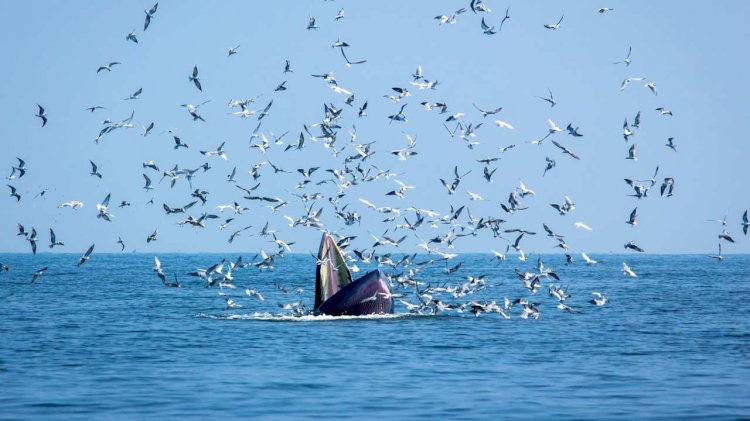 Ships (and fishing gear) are not the only man-made hazards that whales face. Noise in the marine environment also cause distress, impacting the whales’ ability to feed and communicate. That’s why offshore wind operators are required to monitor for the presence of marine mammals during construction and operation. With several large-scale wind farms planned along the U.S. East Coast, the need for accurate, real-time monitoring technologies is enormous. But obstacles—such as maintaining the gear and recovering data from remote offshore locations—remain.

In a bid to overcome these challenges, WHOI has teamed up with Greentown Labs, the largest clean tech incubator in North America, and Vineyard Wind, the developer of a proposed 800-megawatt offshore wind farm off the coast of Martha’s Vineyard, to launch the Offshore Wind Challenge. The program, which is also partnering with New England Aquarium, calls on entrepreneurs to submit proposals to collect, transmit, and analyze marine mammal monitoring data using remote technologies, such as underwater vehicles, drones, and offshore buoys. 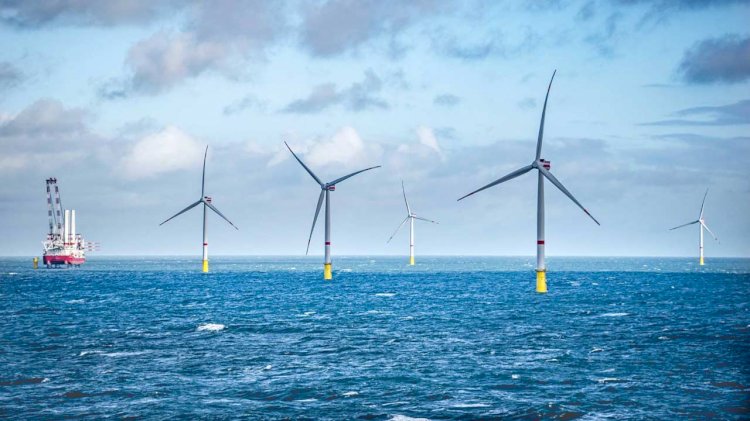 “The goal is to assist the responsible development of technologies that are able to enhance real-time detection of North Atlantic right whales and other protected species in the waters off the northeastern United States.”

Startups selected to participate in the program will benefit from networking opportunities, educational workshops, and focused programming through Greentown Launch, a six-month partnership acceleration program provided by Greentown Labs.

“Partnering with Greentown blends the creativity and innovation happening at WHOI, while putting it in a new sphere. And with the offshore wind industry emerging right in our backyard, it’s a natural place for WHOI to responsibly participate through research, technology, and entrepreneurship.”

With at least three wind projects in development off the coast of Woods Hole, Mass., the offshore wind industry has turned to WHOI researchers to help navigate the dynamic and often treacherous marine environment. WHOI’s involvement as an institution kicked off in 2016 and has included initiatives such as the Offshore Wind Energy Research Program, which provides funding for technologies and methodologies that could be transferred to the nascent industry, in partnership with the Massachusetts Clean Energy Center.

“This partnership with Greentown Labs gives WHOI the opportunity to build on its well-earned reputation, and continue to be a highly relevant and active place where the cutting-edge work related to offshore wind development gets done.” 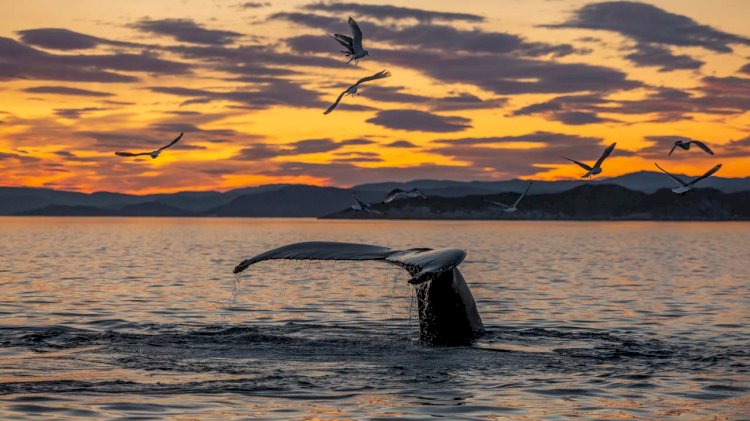