Waves Group has been appointed by Irish Sea Contractors (ISC) to provide expert engineering analyses in the pre-development, installation and simulation for their Subsea power cable repair habitat design, known as Aersub. 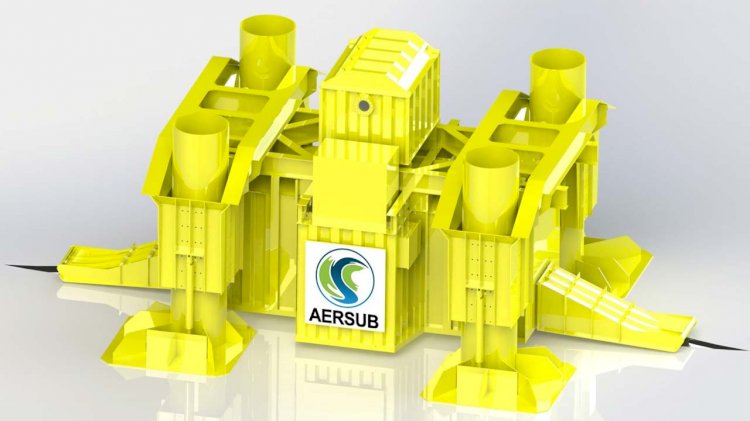 Waves Group has been appointed by Irish Sea Contractors (ISC) to provide expert engineering analyses in the pre-development, installation and simulation for their Subsea power cable repair habitat design, known as Aersub.

The main aims of the analyses were to define the operational envelope for deployment and its in-situ position on the sea-bed. In particular, our team defined the load and operational seastates for deployment from a typical support vessel and determined the operating conditions the body can endure on the seabed, together with recommended ballasting requirements to ensure stability.

The design, by ISC has now been developed further, manufactured and launched as the cable repair habitat called Aersub, that ISC predicts could reduce the cost of repairing offshore wind power cable by 50%. Aersub is specifically designed to enable the repair of faulty power cables in-situ subsea on the seabed and provides an alternative to more common lift-to-repair solutions. It has already been deployed successfully on a demonstration cable repair at Rosslare Europort.

Waves Group’s engineering team modelled and analysed the design using state-of the-art software, capable of dealing with complex time-domain dynamic analyses and utilising industry guidelines. Our engineers modelled the vessel (offshore crane vessel) and the subsea habitat response to the applied environmental conditions considering the dimensional and hydrodynamic properties of the subsea habitat and the vessel in order to predict the on-bottom stability and the deployment performance of the Aersub. 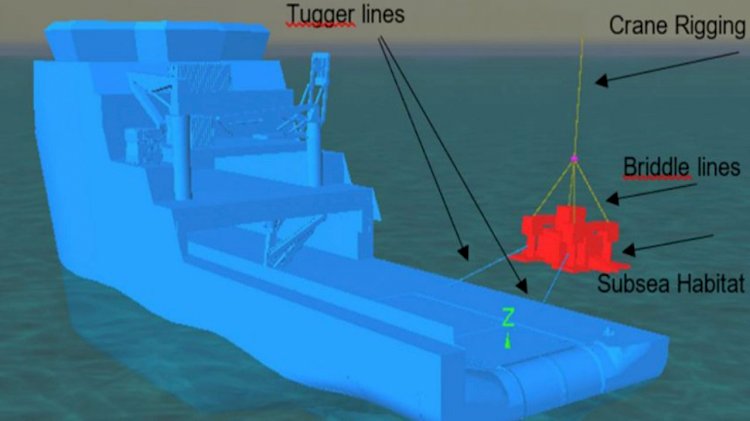 The on-bottom environmental loads were used as an input for a geotechnical assessment of the mudmats and the required ballast to maintain the habitat on the seabed after deployment and during abandonment following a storm event. The on-bottom stability analysis showed that the ballast requirements for the habitat were highly dependent on the installation water depth – as the waterdepth increased, the effect of waves on the habitat reduced until it was only governed by the current loads.

Our deployment analyses indicated the most likely range of significant wave height and period range that deployment and abandonment could be achieved in safely. The study used standard vessel properties and crane properties (pictured below) and advised the most beneficial orientation of the vessel to limit the critical motions of the habitat.

The analyses can be applied to any marine operation and environment to allow designers to predict loads and performance and ultimately increase safety confidence and reduce costs in design and manufacture.