The ship will spend her maiden season sailing itineraries in the Mediterranean and in Northern Europe before embarking on voyages in Asia and Australia. 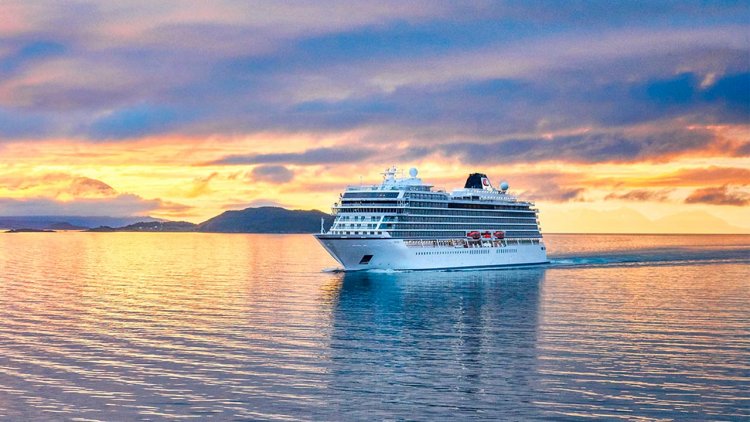 Viking® has announced its newest ocean ship – the 930-guest Viking Mars® – was “floated out,” marking a major construction milestone and the first time the ship has touched water. The ship will be similar to its sister ships at about 47,800 gross tons with 465 cabins.

Viking also announced that Viking Mars, which is scheduled to debut in early 2022, will officially be named by her ceremonial godmother, Lady Fiona Carnarvon, the eighth Countess of Carnarvon.

“The last year and a half has been a period of uncertainty for all of us, and it is in those times that you know your true friends. Lady Carnarvon has done so much to help Viking, including opening her home almost weekly for our guests to experience life ‘At Home at Highclere’ on Viking.TV.”

"I am both honored and privileged to be chosen as godmother to the Viking Mars, the latest addition to Viking’s beautiful cruise ships. I’ve no doubt she will delight the many guests who travel with her across the seas and oceans."

The traditional float out ceremony took place at Fincantieri’s Ancona shipyard and is significant because it denotes a ship moving into its final stage of construction.

Damen & Conrad Shipyard made an agreement to build US Multi...