Viking Glory will be equipped with Climeon's technological innovations 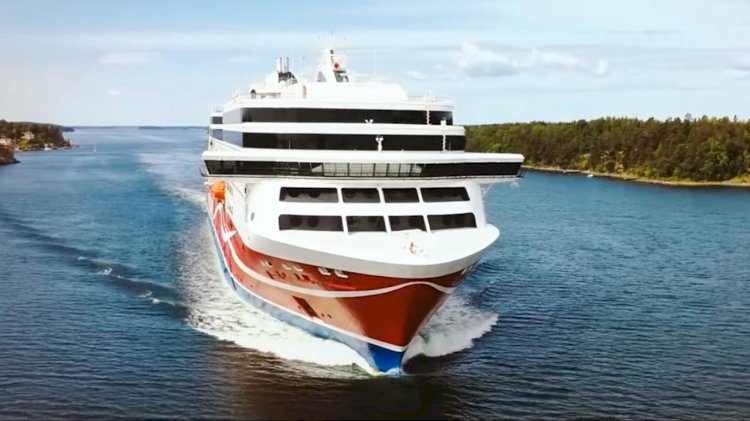 Viking Line is now building its new vessel, Viking Glory, which will be one of the world’s most climate-smart vessels when it is launched in service in 2021. The vessel will be equipped with a number of technological innovations, which Viking Line is working on in partnership with the Swedish clean tech firm Climeon, among others, to reduce the vessel’s climate impact. Climeon’s system is expected to reduce CO2 emissions by about 4,000 tonnes a year.

Viking Line’s new vessel, Viking Glory, is currently being built in Xiamen, China. The vessel will be equipped with a number of technological innovations to reduce emissions and its climate impact, including a system developed by the Swedish clean tech company Climeon.The Climeon Heat Power System uses waste heat from the engines to heat the vessel but also to generate clean electricity. Viking Line will also be the first shipping company in the world to install Climeon’s steam turbines, which use waste heat from gases produced during the combustion process. All in all, the Heat Power modules and steam turbines will reduce CO2 emissions by at least  4,000 tonnes a year. The steam turbines will be placed in service initially on Viking Glory but will be assessed for potential use on Viking Line’s six other vessels in the future.

“We are really proud of the confidence that Viking Line has placed in us and that they have chosen to be a pioneer in energy efficiency in the marine transport industry by installing both Heat Power modules and steam turbines from Climeon. Each unit can produce up to 150 kW, which is comparable to the amount of electricity needed to charge 250,000 mobile phones a day. Our estimate is that Viking Glory will reduce its CO2 emissions by about 4,000 tonnes a year with our new solution.”

Viking Line was the first shipping company in the world to invest in Climeon’s energy recovery system when the very first prototype developed for ships was installed on board Viking Grace. With the construction of Viking Glory, the decision was made to involve Climeon right from the start in the development work.

“Fuel is the second biggest expenditure for Viking Line, but being energy-efficient is not just about making savings. What is most important to us is that we work actively for sustainable marine transport. The Climeon Heat Power System will provide up to 40 per cent of the electricity needed for the passenger functions on board.”