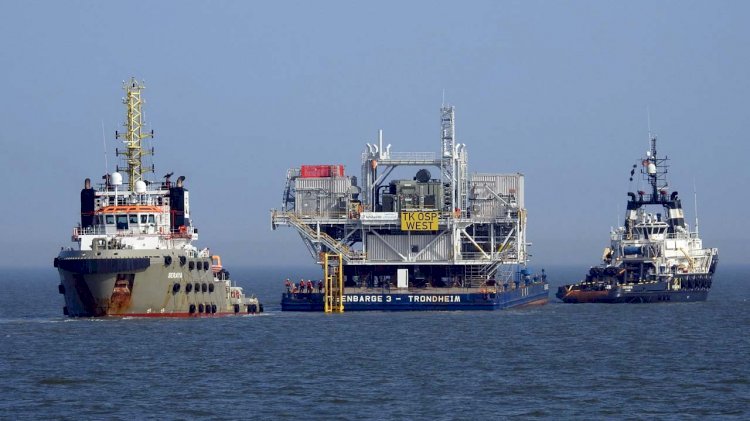 Triton Knoll has marked another significant milestone in the delivery of critical new UK energy infrastructure, with the safe installation of the first of two offshore substation platforms (OSPs).

At 1400 tonnes each, these platforms will operate at the heart of the offshore wind farm which, when fully operational will be capable of generating enough electricity to match the needs of over 800,000 UK homes.

The OSPs are designed by Triton Knoll’s contractor Siemens Energy Limited. They are part of a state-of-the-art electrical system that will connect both the onshore and offshore assets into the national grid distribution network. 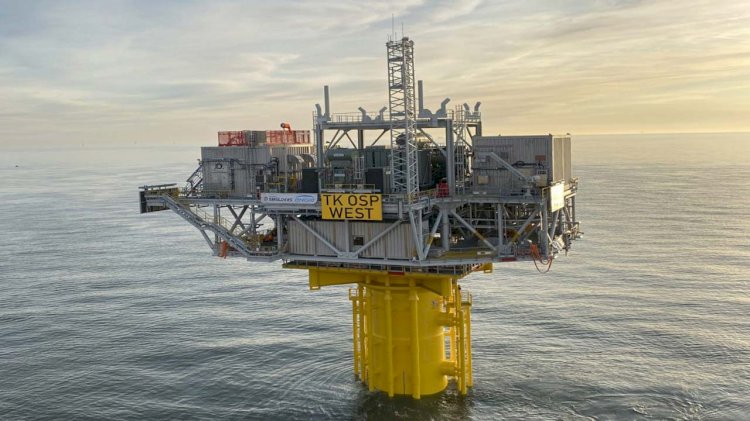 Installation of OSP West was achieved in the early hours of Sunday morning (12 April), and installed by Subsea 7’s heavy lift vessel, Seaway Strashnov. The structures are fabricated by Smulders, in partnership with Fabricom, with two specialist monopile foundations, transition pieces and cable decks manufactured and installed from Smulders’ Wallsend facility near Newcastle.

“In the current climate, the delivery of this milestone is a notable achievement. Our thanks go to everyone who contributed to the safe installation of this platform, which is testament to the commitment of the teams involved, all of whom are operating under tight control measures in line with the current UK Government guidance.

At Triton Knoll we remain committed to delivering electricity infrastructure equal to the typical needs of over 2 million UK residents(1) and within the timescales expected by the UK’s energy supply.”

The two OSPs, East and West, will each receive electricity generated by the wind farm’s powerful 90 x MHI Vestas v164-9.5 MW turbines, before converting it for transfer to the landfall connection via two huge export cables due to be installed this summer. 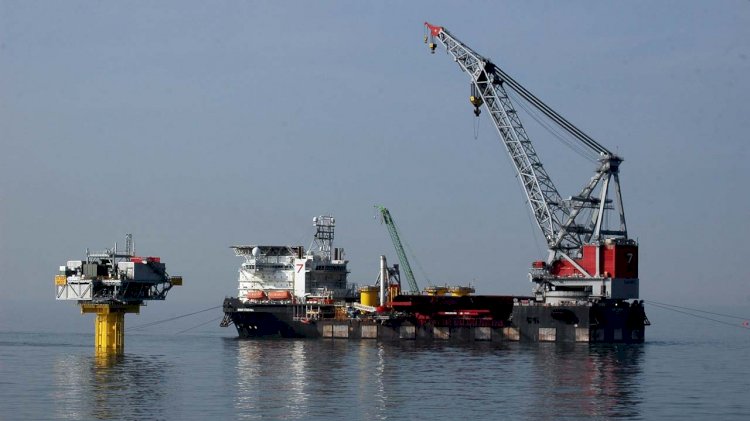 Key infrastructure for both OSPs has been constructed in Manchester, Newcastle and Scotland, as the state-of-the-art project continues to deliver on its commitment to invest in the UK supply chain.

Scottish manufacturer JGC, subcontracted to Manchester-based Siemens Energy Ltd, has completed the manufacture of several offshore container modules which will house critical electrical equipment for the project’s offshore substations. The modules are purpose-built to cope with the rigours of the offshore environment and have now been successfully fitted onto the decks of each of the project’s two offshore substations.

Both offshore substation platforms have also been fitted with davit crane units designed and built by Granada Materials Handling, continuing the long-term involvement of the Manchester-based manufacturer with innogy’s offshore wind farms. 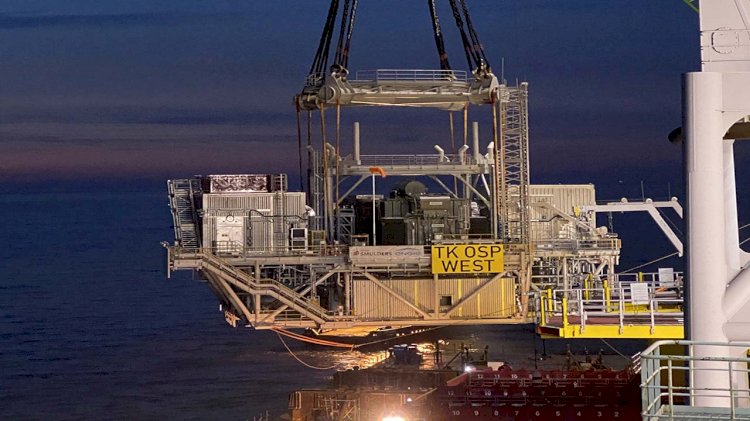